Back To Mercantilism Part 2 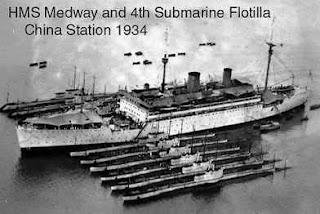 In the news in recent days are reports that China is considering the reorganisation and expansion of its Navy. What was it I said on Wednesday 4 March on "The Mercantilist System - Back To The Future"? Despite all the economic difficulties its government feel it is now the time to add to its military and space capabilities with more firepower and political clout on the seaways. Historically, we have been here before and too many times. Indeed the Chinese have been here before, in the early years of the 1400's, when not only did they create a huge seagoing force, but they sent it out to establish their presence where nobody else had been before. If Gavin Menzies is correct in 1421 (see the web site of that date) the Chinese discovered America.

But then with a change of regime, the new Emperor simply closed down, and withdrew China to its internal affairs, and policing its land borders. Why is debated, my guess is that the money ran out and the economy had been badly damaged by the scale of the venture. Soviet Russia in the 1960's puffed up by success in space, aware that the size of its Army scared the West, and with all the economic figures on green (alas all faked and manipulated) decided on a major naval expansion. It is my belief that it was this that eventually broke the back of the Soviet economy when all the statistical fakery could no longer be sustained, and the Afghans had hurt the Army, to add to all the burdens of the budgets.

In the past a few other nations have found naval expansion and the rest an expensive business. We in the UK were very proud of our navy, we were told to be, and many of us had family in the business. But it cost us a great deal, distorted the economy and all too often our naval reach, coupled with political arrogance, took us into places we would have done better to avoid.

There is an old Chinese curse, "May you have an interesting life." With a big navy and even bigger commitments, the Chinese may have cause to remember it.