If A Disaster Can Occur It Will Occur 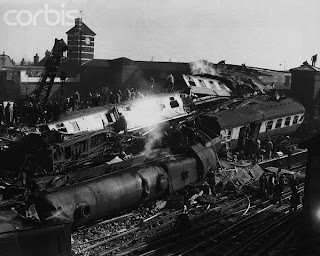 Recently there has been a good deal of concern about MP's, the way the House of Commons works, and the related function of the House of Lords. John Redwood, today 14 April, has a long item on what might be done to redress grievances. But it is not simply the House of Commons. There is a systemic failure in the machinery of government in the UK as a whole.
It has happened before in history, and usually in association with prolonged economic difficulties. There have been times when damaging internal wars have been avoided, although often at the cost of engaging in foreign ones, but the risk of some form of collapse of authority has occurred a number of times with near misses. New Labour because of its blundering ideologies, dictatorial methods, and incompetence is taking us close to the brink.
Posted by Demetrius at 14:23