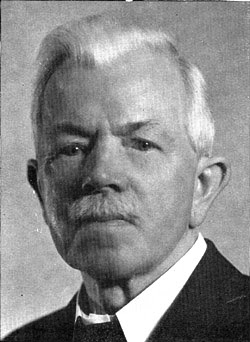 In the media excitement about the new leadership in the Labour Party, mindful of the fact that it has managed to get most things wrong this year when it came to the major issues, has been how long Jeremy Corbyn might last as leader and how much actual leading he will do.

We remember the names of those of the past that did last and who have forced their way into all the history books.  But there are others whose period at the top was all too short.  Some made major contributions to our politics but are now forgotten.

One such notable is John Robert Clynes, 1869-1949, born in Oldham, very much of the working classes, who is interesting in many ways.  This Wikipedia link is not too long but sets out the chief features.  In this period we recall Ramsay Macdonald, but Clynes was certainly a major figure, actually leading Labour to their major breakthrough in 1922 to then lose to Macdonald as Leader.

The biography has some reminders of our present debates, on austerity, economic policy and not least an interesting matter about a prominent refugee, who Clynes refused to admit when Home Secretary.

It is a familiar name and in this long and discursive, not so say woolly, item around half way down he complains about Clynes in forceful terms.  It is Leon Trotsky, on the leg from Soviet Russia and looking for somewhere to go.  In the end he went to Mexico where he was later assassinated.

If Ramsay Macdonald and others had been willing to admit him, what might have been the consequences if Trotsky had settled in London and become a leader of a revolutionary movement of the Left?  Another of one of the great "ifs" of history.  Trotsky was never one for the quiet life would have been all too active.

Eighty five years on the thoughts of Trotsky are still alive and part of what is now the Labour front bench politics, he is still with us in spirit.  But Clynes is forgotten and disregarded.  Another "what if" is if he had been re-elected as Labour Leader when Macdonald returned to the Commons and had managed to hold on to the job.

Had he won a Labour majority in 1924 Churchill might never have become Chancellor of the Exchequer and allowed to fiddle the bullion and currency valuations.  Clynes was Deputy Leader until 1932 until succeeded by Clement Attlee, often thought of as a "nowhere man" until 1945.

There are times when the past seems always to be with us.