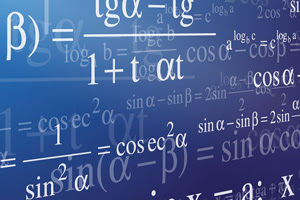 Another part of my past has gone.  It is only a fragment, but still there in the memory. It is the death of Claus Moser, Lord Moser who had a distinguished career and whose life story is in the Obituaries today of at least both the Guardian and the Telegraph.

They are worth reading as they tell of one of our leading figures in the late 20th Century and his time as a child who with his family, refugees from Hitler's Germany, was interned at an aliens camp at Huyton, Liverpool during the War.

This was a classic bungle.  Churchill decided the question of aliens had to be answered by the call "round them all up" and they were installed in housing etc. that happened to be available.  Not long after the Luftwaffe flattened large areas of Liverpool and Bootle leaving thousands of homeless with nowhere to go.

After the War, Moser arrived at the LSE where he studied and then was on the staff for around twenty years, covering the time of my studies there in the 1950's.  His field was Statistics, notably demographic and social statistics in which he was a leading expert.

Then, we all had to do some statistics, like it or not, and in many subject areas extra doses were there as a compulsory element.  So he was a member of staff who could not be missed.  As one of the noisy hearties we were difficult to miss, however much people tried.

It was at a concert that I felt a tap on the shoulder.  It was Moser, who asked about my interest in music.  It was a brief interval meeting in which he suggested that a coming Claudio Arrau recital was something not to be missed.  I went and he was right.

A few months later, when I was in the student Bar he appeared, to tell me that there a few returned tickets available for the Van Cliburn recital in the Royal Festival Hall.  He had astonished the world as a young American, by winning the Tchaikovsky Piano Competition the year before in Moscow.

Half an hour later I had mine and it was another evening to remember.  I never met Moser again, but I am still grateful.  It was quite recently that I found that the Van Cliburn recital had been recorded and a CD was now available so I bought it.

Perhaps tonight, it is time to play it again and remember Moser.