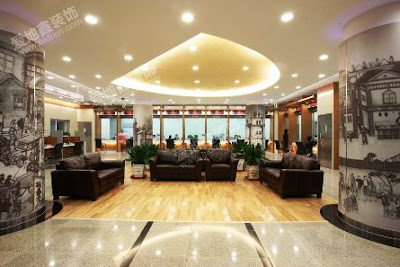 Just for light relief from politics and economics and the rest this from Autumn 2009:

So the tickets deal pays off, and the cheque is bulging in my wallet, as I put on the best hat and head for town.  I got enough to spend time at Shanghai Lil's.  OK, the signboard says different, but downtown signboards cover a lot of sins.

It is a jumble of letters that don’t mean much, but a guy in a bar told me in the old Hittite script in means place of human sacrifice, so things have not changed.

Sidestepping the charity collectors outside, I get through the doors with all the small change intact and look around the service bars.  There is some real action going on, they are hot on life insurance, promising big money if you live forever.  Subject to conditions of course.

So I stand there a while, just holding on to the cheque and the credit slip, and take in the play.  Suddenly there is a slim blonde by me, even better looking than a footballer's moll.  Then there is a husky tempting voice, "Can I help you in any way?"

I take a long deep breath and consider the choices.  This could get interesting.  "We have a new machine that makes it so easy" she whispers.  This worries me some.  Ever since that experience with the trampoline, I avoid machines in close personal encounters.

She guides me into a small room with not so many people, points and says "Touch that".  It is a bank machine, sadly, you touch the screen and it plays games with you.

So I put in the slip and the cheque and out comes a pretty piece of paper.  I put it away carefully, Big A is keen on the detail.  Mistakes mean cold porridge in the morning and not a welcoming fry up.

Then I smile at the blonde.  "So how long have you been with us?" she asks.  At Shanghai Lil's they are not so good on the detail these days, which is why I have to spend so long there.

"8th August 1954", I rap out.  "Since the Army thought I would be better off working somewhere else after the Court Martial."  "Gosh", she says, "Not many people remember the first time."  I think she is still talking about banks.

And that was the end of it.  Quite why she didn't make the big play on life insurance, I do not know, it sort of hurt my feelings.  Outside, the charity collectors had stopped collecting and a lone guy was picking up pieces of paper dropped in their excitement by people leaving Shanghai Lil's.

I thought this was worth praise.  "Good to see a man working for the community" I says.  He flashed a large collection of gold teeth, "Eet isss moy dutty as a  gud sittyzen" he says with a thick Russian accent.

Back at the ranch, I give Big A the bank chit, and head for the games room.  I am just playing the "Overthrow The Government" game running on the Army web site, when a screaming Big A comes at me hard.

It’s even worse than when I buy a lottery ticket, and she finds out.  This time it is not me.  This is a great relief.

It is the chit from the machine at Shanghai Lil's.  It has copied the entire credit slip and the cheque in perfect detail, with a lot of other numbers.  Big A tells me anyone getting hold of this would have the story of my life in minutes.

This is bad news.  My life has been an eventful one.  How many other people have spent a night on the run from the police of five counties?  And only for a couple of large doors.

OK, they were the West Riding of Yorkshire Police HQ doors with some fancy signs we thought would look nice in the club house, but why the big fuss?

Big A is firmly of the opinion that present banks are bad for people.  So I try my luck and suggest lottery tickets.  OK, it will be cold porridge in the morning.  And I will have to make up for it.

So tomorrow I go down to town again, and help the well dressed Russian pick up some paper outside Shanghai Lil's. He may know a place where I can find a real bank.