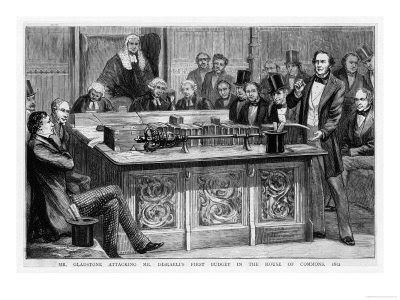 As we all know there is a Budget due this week and the nation holds its breath, or something.  Amid the flannel and the flatulence there are small nuggets of information.

These suggest we will be all better off.  Most of us believe that most of us will be worse off.  In a more robust and honest age poems were written about annual budgets.

The one below by Rudyard Kipling referring to the 1886 re-introduction of Income Tax into by Auckland Colvin probably makes as much sense about ours now as he did then about being hammered for a two and a half percent hit in the pocket.

The poem is below, for comment and background see:

[Allowing for the difference ’twixt prose
and rhymed exaggeration, this ought to
reproduce the sense of what Sir A—
told the nation sometime ago, when the
Government struck from our incomes two per cent.]

So I with begging Dish and ready Tongue
Assail all Men for all that I can get.

Imports indeed are gone with all their Dues—
Lo! Salt a Lever that I dare not use,

Nor may I ask the Tillers in —
Surely my Kith and Kin will not refuse!

Pay—and I promise by the Dust of Spring,
Retrenchment. If my promises can bring

Comfort, Ye have Them now a thousandfold—
By Allah! I will promise, Anything!

Indeed, indeed, Retrenchment oft before
I swore—but did I mean it when I swore?

And then, and then, We wandered to the Hills,
And so the Little Less became Much More.

Whether at Boileaugunge or ,
I know not how the wretched Thing is done,

I cannot help it. What have I to do
With One and Five, or Four, or Three, or Two?

Let Scribes spit Blood and as they please,
Or Statesmen call me foolish—Heed not you.

Behold, I promise—Anything You will.
Behold, I greet you with an empty Till—

Ah! Fellow-Sinners, of your Charity
Seek not the Reason of the Dearth but fill.

For if I sinned and fell, where lies the Gain
Of Knowledge? Would it ease you of your Pain

To know the tangled Threads of Revenue,
I ravel deeper in a hopeless Skein?

“Who hath not Prudence”—what was it I said,
Of Her who paints her Eyes and tires Her Head,

And gibes and mocks the People in the Street,
And fawns upon them for Her thriftless Bread?

Accursed is She of Eve’s daughters—She
Hath cast off Prudence, and Her End shall be

Destruction . . . Brethren, of your Bounty grant
Some portion of your daily Bread to ME.

Gordon Brown used to go on about Prudence, or did she transfer her affections to George?