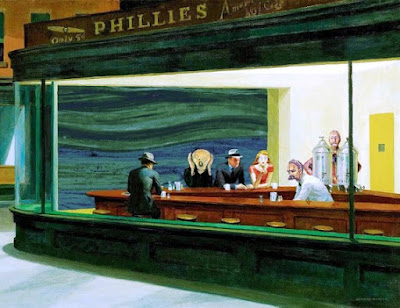 Ah well, so much for Project Frit, about how staying in the EU will bring us certainty, security and all the benefits of rule by the wise men of wealth and money for the good of everyone.  That is everyone who was anyone and the only thing to fear was fear itself.

The picture or cartoon that I would like to see is that one of the Bullingdon Boys of Oxford that includes Cameron, Osborne and Bojo tagged with all the offshore locations of their own and their family fortunes.  Perhaps, though, it might be too big or too complex or worse offend a judge who has a sensitivity to privacy matters as well as his or her own investments to consider.

The Onion has a short and very funny comment on the general issue.  It does invite ridicule.  The trouble is between the mocking and derision and all the other clatter a small point is being missed.  That is much of what we think to be wealth is now digital bits being bounced around bank computers of the world.

The other wealth can be many things.  There are antiques and art and odd items that for some reason people collect and value.  Also there is property.  The UK financial sector is enmeshed in this to a degree where one is supporting the other and it has become a major objective to keep both propping each other up.

Quite why the Remain (in the EU) people believe that we have to stay in to keep this going is a puzzle.  To do this means control and of the critical detail.  The EU is on course to deny this kind of control and as we have seen too often does not do critical detail.  It is why so many of their big ideas bite the dust when reality occurs.

Project Frit has been about picking out issues deemed dear to the heart of ordinary people, avoiding the real questions, and saying that bad things would happen.  One example is holidays.  But one reason why foreign holidays are cheap is because the pound has been strong.  Another is that so many places now have "invested" in tourism to create jobs that move the money around.

Whether we are in out or roundabout, changes in the value of the pound can affect this and more to the point, the tourist industry may now be faced with decline.  How many of our younger generation will be able to either afford it or want it?  A great deal of it is based at present on debt because we do not save.  This industry could be overdue for a serious "correction".

Given the range and nature of uncertainties at present the idea that a rogue EU bent on pursuing policies that demand radical change can provide us with security and certainty is lunatic.  Just as the hope now of preventing the extent of tax avoidance or even evasion is lost, it has gone too far and is technically way ahead of any government or its agencies.

So just what is the government going to be able to tax reliably to meet all the growing bills, especially if we stay in the EU and have to pay more and more year on year?