Back To The Land 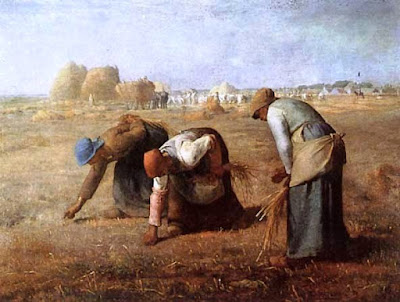 Yesterday, I was saying that out sourcing the Land Registry was a bad idea.  Today the question is why it has arisen now which in turn asks who might be involved, to what purpose and to wonder at the need for relative secrecy in the matter.

Just a short time ago, "Private Eye" produced a large survey of who owned the land in Britain at present and the nature of foreign buying and control.  To do this meant using the Land Registry.  Also, there are others asking questions about property ownership and its impact on the housing market in various ways and again the Registry is vital as a basic source of information.

Something largely ignored in the media in recent days is that a small group of M.P's have raised the issue of sorting out the problems and difficulties arising from the present forms of tenure in England and Wales, the leasehold, commonhold and freehold system we have had since 2002 which was just a retreading of an ancient one.

None of this is good news to the very large, complex, largely tax avoiding and evading financial entities that are so active in the UK and for whom the current property market is central to the economy and politics of the UK.  It is not simply about selling houses and properties.  They are a major asset base for a great deal of the complicated trading and financial services.

The recent scandals of M.P's playing the property market with their expenses claims is a symptom of the extent to which the political class are attached to it.  The parties depend on money from not just their own dealings but from the financial support of the corporates to prop up our present party system.

This recent article gives a choice example of the coming and going of financial dealing involved.  Carlex, the Campaign Against Leasehold Exploitation, is a vigilant group who attempt to be a voice for those at the wrong end of the market and to lobby for reform and fair treatment for leaseholders.

Briefly, many blocks of flats and some other properties are leasehold, that is part owned for a fixed period agreed in the contract with the actual freehold ownership being invested in others.  In particular it is a feature of retirement housing and it is in this sector where some of the financial arrangements have become most questionable.

There are other parties involved.  One is property management companies that may or may not be owned or controlled by the freeholders, another are various agencies and interests who see opportunities for business and financing.  The retirement housing sector has become a major target for those engaged in predatory financial operations.

So aged grannie who has down sized to live quietly in a retirement flat pays dues to a property management service.  This is a subsidiary of a private limited company that is wholly owned by holding company that is financed by a limited liability partnership and a private equity company.  The holding company is owned by family trust traders based in the Cayman Islands.

The freehold of her flat is owned by another limited liability company, wholly owned by another that is also owned by the same family trust.  The Land Registry has the interesting entry that the freehold ownership is subject to a lien by Deutsche Bank, who some say are the most indebted bank in the world and could bring down the Euro.

Our government go on a great deal about property, so you can see why.  What also has escaped notice is that while in recent decades it had become common for houses to be sold freehold, in a number of developments, perhaps in the "affordable housing" part, leasehold has returned.  Is the government actually in favour of this, not just because it affects the asking price for property, but because it suits the financial sector on whom it depends?

It might also explain why apartment, flat, projects are so much in favour for the expansion of housing.  It creates an asset base for leverage upon leverage and money movement around the trading and financial sectors.

What helps all this along, inevitably, is that when grannie or her family look at the annual charges, there are parts of the accounts which defy explanation and seem to add to the costs, in fact a lot.  It is not so long ago that the freeholders also insisted on using an in house insurance company that had no reserves as required by law.  It did not matter, they never paid out on claims.

Unluckily, there are people out there who are exercising their critical faculties about what the UK property market is for and who benefits and are prepared to do the research from official records.

Which is why the government would like to disappear the Land Registry or at least give it to its best friends.