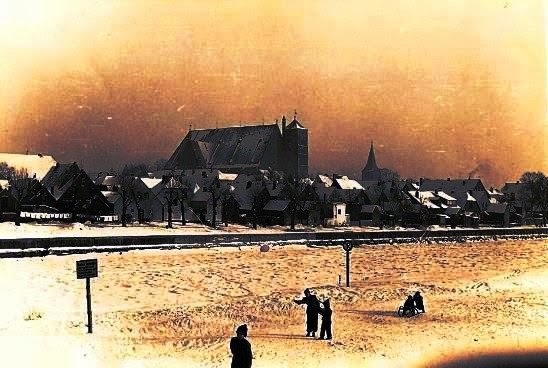 As we stagger in to December trying to avoid Christmas as much as possible one matter that is important is the weather.  Having experienced a few bad ones the shiver goes through the mind at the thought never mind when the onset happens.  1947 is a bad memory and a repeat is not wanted.

At the moment the Daily Express is promoting the idea of a very nasty three month spell to rival the worst in memory.  Their forecast comes from Exacta Weather, a commercial entity, who say that conventional forecasters have seriously under estimated what is going to happen.

Personally, the hope is that they are wrong so the inclination is to assume that this is the Daily Express using dire predictions as another of their shock, horror tales to sell the papers.  But what is a worry is the implications of the way the jet stream has moved recently.

Of more concern is that life has moved on in the last couple of decades.  A complex system of motorway distribution allied to foreign imports through relatively centralised depots has transformed our food supply and delivery.

Additionally, just in time procedures dependent on computer ordering mean that far lower amounts of stocks are held of products including foodstuffs.  All that efficient low cost fine tuning is much more vulnerable to disruption.  It is now road dependent as rail has gone for general use.

How the general economy might fare is another matter.  We have the division between many who travel to work and over longer distances and those who work from home.  Both will depend on energy and fuel supplies which again may become uncertain.

Just how much planning, readiness or awareness of might be necessary either at central or local government levels we do not know.  At one time the experience usual together with a good deal of spare capacity as well as basic organisation could cope with a great deal.

The bodies involved now simply do not work that way at all.  The effect of modern management systems allow only limited perspectives and capability as well as powers of action and decision.  A great many now at management level will have had no experience of or idea how to tackle a fluid and high risk developing situation.

There are points along the way of a bad situation when difficulty and uncertainty begin to decline into a chaotic system and from that it is not far from a collapse.  There is not the back up now in the armed forces as there was in 1947 or 1962-3, they will not be enough, and there will certainly be few around able to sort it out.

Especially if the power fails and the computers go down as well. Let us hope the Express is wrong, as usual, but the risk is that some time it might be right.