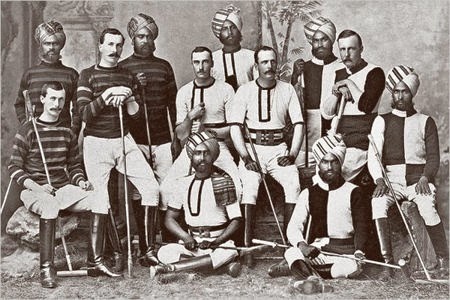 The curious tale of Cameron, our Prime Minister, not the pale ale, and the belated declaration of interest has sneaked into some of the media but without much apparent interest.  It would seem that with a Royal Charter impending to bash the Press it would be indelicate to ask too many questions.

It appears that in 2010 he headed up a conference of an organisation called Dishaa, sponsored by Common Purpose and the omnipresent Price Waterhouse Cooper's to link leading business people in India with those of the UK.

The general idea that unlike the old days the money would be coming from India not as a form of tribute but to "invest", that is to establish ownership and control in sectors of the UK economy.

Because of the intricacies of the currency markets one effect has been that nations with surpluses have been able to export unemployment to Europe while at the same time holding the credits on a great deal of the debt.

There is already a good deal of presence from the India part of the subcontinent in the UK, both financial and population.   At the top end they can carry the clout that money and connections can bring.  They also know their history.
Because this tale is not just about Britain and Ireland, it is about Europe as a whole.  London is now a gateway to all just as in the days of the early Raj Calcutta was to the Mughal Empire.  This Empire was a vast, complicated and rich one which fell prey to the Europeans among whom the British took the prizes.

The state and mess that Europe is now in and the extent to which it is dependent on others for many basic needs means that in being "open for business" it is ripe for others to enter, influence and eventually control.

The subcontinent had a contest between European powers.  Europe will become the location for the contest between others.  Russia, China, The oil states, the global companies and India are all in the game.

Our political leaders are hoping that London will become the financial port of entry for all of them.  The Europeans want Britain and Ireland to become subject districts that they can offer to the incomers.