Thanksgiving And Feeding The Future 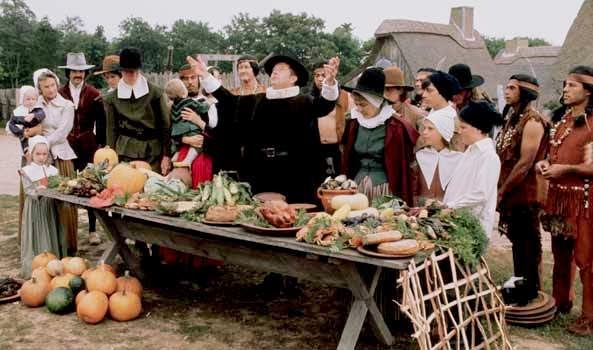 In the debating about the future of our own nation or any nation there are realities that are often or completely ignored.  Along with this is the unwillingness to look at history and related demographics to understand what we could be in for.

One simple proposition is that humanity needs food and water both to survive and to support activity and growth.  In much of the West the present riches of supply and choice and ease of getting food has meant most of us have forgotten hunger or the impact of food costs leaving little disposable income.

This might be about to change. If it does a lot of other things will change and not for the better.  In today's Telegraph Ambrose  Evans-Pritchard tells us that we are in danger of declining crop yields at a time when populations continue to increase steadily.

The article cites past civilisations that have collapsed where there is a case for crop failure arising not just from population pressure or climate but soil and resource degradation as well.  These three horsemen of an apocalypse inevitably are joined by a fourth of human failings and short sightedness.

In all the debates on migration we are long on theory and very short on demographics or history. If food supply reduction is uneven then some peoples will suffer more than others.  If their populations increase then this may mean migration.  If the food deficit is serious this could be substantial.  Then there are the basic figures.

One nation, a former British colony, has a population of over 80 million.  Sixty years ago it was eight million.  There has been little inward migration.  It is possible for the outward migration to have fallen in proportion but to have increased substantially in actual numbers. World wide there is the potential for major rises in population movement.

If food scarcity and cost is a major factor then the trend will be from those with relatively worsening situations towards those nations which do have food or the economic power to buy it from their earnings.

An implication of the research is that the favoured countries may diminish sharply both in numbers and capability as the stresses spread from the badly affected areas to the others along with the movement of peoples.  If the grain producers themselves encounter problems any crisis will escalate rapidly.

In the UK now we have had over half a century of good food availability at reduced costs.  It has been a major factor in our modern consumption economy.  In the next decade or two this could begin to change rapidly for a variety of reasons.  It could happen to the USA as well and other nations once blessed with a good surplus.

There was a time when Thanksgiving was for the fact that there was food on the plate.