Water Water Not Quite Everywhere 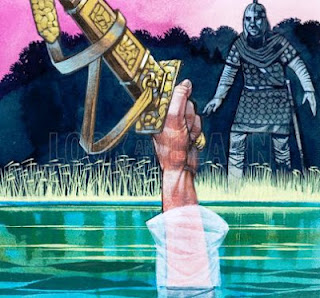 Amongst the many and various doom scenarios now pending, you name it we are all in for it, one that is less mentioned or considered in the West is water.  To be writing this when the Daily Express today warned us of a “perfect storm” about to hit the in a few days when either Tropical Storms Leslie or Michael or both arrive seems to be bad timing.

But it was a shift of the Jetstream recently that saved parts of the South East of the from real difficulties.

Hat tip to Some Assembly Reguired for the link.  In his expert survey of US and world affairs he picked up on this one to remind us in “Sleep On It” to remind us that in many parts of the world water supply is not simply a sensitive political matter but is crucial to both the present and future.

In the West not only has our consumption hugely increased but so have our expectations.  We have become so used to having an unlimited supply that we resent the cost and any minimal disruption when work is required on the mains.  We hate the utilities which persistently dig up roads and hold us up because of some problem or other.

Yet I can remember villages that were still without mains water or more often mains drainage into the 1950’s.  My father-in-law’s anxiety about the capability of his cess pit when we came to stay with our young ones is a world away from the present.

Also, I still have vivid memories of my grandfather who was assiduous in clearing his cess pit and the ditch that bordered his property.  But he had spent four years in the trenches.

For even those with mains water it was not until the arrival of water heating systems and plumbing that meant far more water could be used.  A bath without a hot water system was skimpy on the water, but when one was installed the amount of water used was much greater.

Out there is most of the real world water is more costly even when available.  When it is limited or difficult to access then the real and economic cost of it is far greater.  In the West the chances are that soon we could become more acquainted with real world conditions as opposed to our blissful ignorance and greed of the present.

In the and in many parts of the the carefree (almost) extensive building of new properties has been done with scant regard for future water demands and supply.  Yet in both the infrastructure is aging, become inadequate and now has too little margin of error.

And downloading a Wet Wet Wet album will not be enough, even if the band is a Scottish one which might one of the few places on earth where there is water to be had at the levels we now enjoy.