Brunel, The Good The The Bad And The Ugly 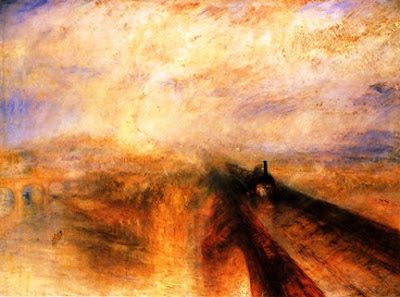 In the pantheon of great men of the 19th Century there are few engineers.  Most of the men who built the of that age are forgotten.  A few names are remembered, but mostly in specialist histories rather than the general history.

There is one notable exception and that is Isambard Kingdom Brunel who today dominates the documentaries and other media genre almost to the exclusion of others.

Another known name is Bazalgette, possibly because a descendant is prominent in the media and of his close association with ’s sewerage system.  Then there are the Stephensons and occasional others.

Joseph Locke (Wikipedia) is rarely mentioned.  He is commemorated in by a named park, a school and a block of new offices inhabited by HMRC, the taxman, an ironic comment on his career.  In his listing in the 1851 Census, which I came across typically when looking for someone else, he gives as his occupation “Engineer and Member of Parliament”.  I like the “engineer” being first.

He is living in , Knightsbridge, , about as good as it gets and the presence there of people associated with the High Raj of India, City men and others has made me wonder about his role in the promotion of Indian railways.

But Locke was a man who delivered value for money, tried to stay inside the budget and who avoid expensive engineering works on the railways if possible.  If not, he usually tried for the most economic solution.  He was not the only engineer with this approach to the work in hand.

It is this context that the obituary for Brunel should be read, if you are interested.  It is found on the link below.  Essentially, it is an 1859 “warts and all” look at his career and achievements.

Apparently, the man who wrote it was a friend.  It is clear that Brunel was certainly a man of immense energy and ideas, but like all of us stood on the shoulders of others.  Also, he had a crop of failures and was a high cost man to employ.

The writing of history is often, of necessity, on the basis of major figures.  The consequence can be if care is not taken is that some become virtually “stars” or “celebrities” of the past.  There is a great deal about King Henry VIII and not much at all about King Henry VII and even less about his mother, Margaret Beaufort.

But in dealing with the history of the economy and especially the structures and infrastructure we have inherited this can lead to a warped view of the reality of the time.  Also it has the danger of limited perspectives and this may have a lot to do with our modern penchant for the big, the flashy and the expensive way of dealing with new projects.

Because of the way governments and finance developed over the 20th Century what we see as a “free market” would have been alien to the world of Brunel.  Major projects are no longer simply in the hands of entrepreneurs and based on the savings of small investors or prudent financial establishments.  All too often now such projects are in the hands of government and the finance men.

So when the bills start coming in and the figures mount it is the assumed bottomless pit of the taxpayers’ money that has to pay and to carry the debt and the defaults.  It is also assumed that almost nothing can be done without direct government intervention and political supervision.

This may explain why so little gets done properly at so much expense; a lot of which cannot be fully accounted for.