Fight The Good Or Bad Fight 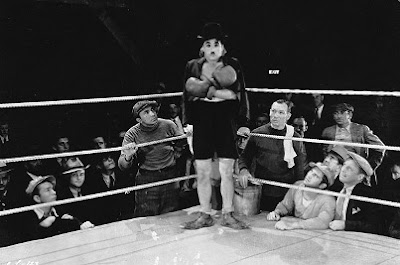 Meanwhile back at the ranch it seems that Cameron is going to “fight for growth”.  As it is said that World War 2 saved us from persistent depression does this mean another war?  We are fighting one already and have just retreated from another.

If he means , then I do not fancy our chances.  If he has somewhere else in mind I fancy our chances even less.  Given the national finances there may be other answers.  The trouble is that Cameron Clegg and company have little or no real grasp on the situation and what they do know seems to diminish by the day.

They are not alone.  Over in Euro there is mounting oblivion as to what is going on under their noses, notably in and , one where the money has been going out for some time and the other where a full capital flight is under way.

The reason for all this is complexity.  This may explain my own difficulties in holding it together in what is left of my mind.  But in Zero Hedge there is a piece telling us that trying to understand is a hopeless cause because it is all much too complicated for ordinary mortals.

The item is short enough but the pdf link to the Bank of England item given at the conference at Jackson Hole in the last few days “The Dog And The Frisbee” is long and challenging, even if the lesson is simple.  We have made everything just too complicated to manage in any way, regulated or free.

On matters in the with the election turning dafter by the day there is mounting incomprehension as to what direction, if any, policy might take in the future.  It seems that there is a fiscal cliff in sight which nobody really wants to talk about.

The trouble seems to be that the money behind the parties, coming from existing and largely state supported activities, this includes the bailed out private finance sector, seems to want their own way.  They are likely to get it because both the parties need their money.

From Bill Black in New Economic Perspectives via Naked Capitalism is a piece on why the money from Wall Street is flowing the way of Romney and Ryan.  He shows that there is a “ratchet effect” in policy formulation by which the “centre” is shifting to the Right arising from the political parties need for money.

It ends the following way:

I have a somewhat unlikely friend, a rich man in — let’s call him Al. …. [H]e is a well-connected, intelligent guy who has some pet political causes. I happened to ask him one year, during a Senatorial campaign, which candidate he and his friends were contributing to.

Both candidates were quite friendly to his cause, and I thought he might have had a hard time deciding between them. Al looked at me as if I had just revealed unsuspected depths of idiocy. “Both, of course,” he replied.

“Well, we’re giving a little more to X [the Republican], naturally, ’cause he’s got a better chance of winning. But we’ve given a lot to Y [the Democrat], too. In fact, I think we may be his biggest single bloc of support.”

So there you have it.

Perhaps when we are discussing politics in the next months we might first ask who has bought who and why?

It might explain who Cameron is fighting for or indeed Miliband.  One thing is for sure, it isn’t us.