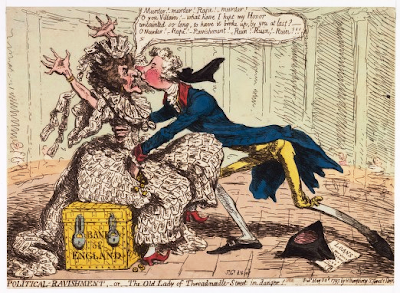 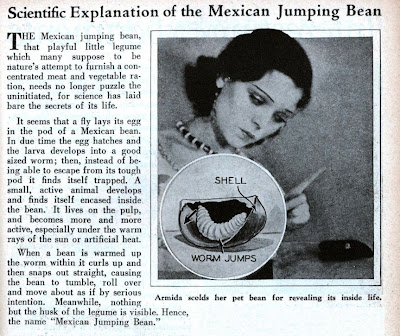 In 1961 the year the Berlin Wall went up and “West Side Story” and “La Dolce Vita” hit the screens, Viv Nicholson of Castleford in Yorkshire won the pools for the huge amount of £152,000 (say 40 detached houses in Tunbridge Wells) and declared she would “Spend, spend, spend”.

For this she was excoriated by the press and from pulpits. Sound and moral men told her to save, exercise due economy and to invest wisely to gain a reliable income and by doing so set a good example to her class and community.

Evidently she was a lady ahead of her time. Today she would be regarded as a potential member of the board of the Bank of England and Charles Bean, the Deputy Governor would be praising her economic wisdom and sense of moral purpose. Vince The Mince and Ed The Red would be hanging on her every word.

Avoiding all the very obvious jokes about Mr. Bean I understand he has told us all to loosen up on spending, take on extra credit, forget saving or run down those you have and for that matter draw down on capital perhaps by extending mortgages or going in for some fancy equity release caper. All that is missing is a big poster with the little children looking up at a pensive father and asking “What did you do in the Great Recession, Daddy?”

Perhaps I should take Mr. Bean to a quiet room, play calming music (not Mozart or Beethoven, they both died broke) and explain things to him gently in a soft voice and gentle manner. Then I might clobber him with the shillelagh I keep to welcome door to door salesmen and debt collectors just to make sure he gets the message.

Firstly, my income has suffered steady deterioration in the last few years almost entirely due to the relevant indexes being fiddled to understate real price rises for the bulk of the population.

Also, the way in which major financial entities now govern how companies operate to achieve very high and ever increasing rates of return on their highly leveraged investments has impacted in all sorts of ways on many of our basic expenses. Mr. Bean and his little friends gave up the idea of regulation without realising how they would impair basic consumer spending and saving.

Secondly, despite not taking foreign or indeed any holidays recently my savings have also depreciated in real terms because interest rates governed by the Bank have not reflected the realities of the markets. The interest on any credit etc. that do relate to market conditions are still way too high for any rational man to take them on.

Indeed, I have been on my own personal tax avoidance scheme and refusal to obey the advice of my masters. We have simply stopped spending on almost all goods that carry VAT or not absolutely essential to basic functioning. Also, we have cut our activities and therefore car and out and about expenses quite radically.

We can manage quite well without all the heavily advertised consumer stuff that people are urged to fill up their supermarket trolleys with. Yes we spend more time doing things that most people no longer do, like eating leftovers and preparing foods by hand rather than buying packaged versions.

Economies and activity that were routine for earlier generations but forgotten now have been reinstated. Threading needles and not throwing away is now something we are doing a lot more often.

Sorry, Mr. Bean, no can do. We are already closer to the margins than we want to be. If things go badly for us there will be no help from a shattered state machinery. If I were fool enough to do as he suggests then I would in the same sort of trouble that so many have endured.

It was precisely the spending and credit ideas that he is recommending that have broken so many families, ruined so many others, caused so many repossessions, have put people into debt slavery for the rest of their lifetimes and reduced so many pensioners to penury.

If he really wants to know what could happen he should ask Viv or at least take a look at her web site. Is this his vision for Britain’s future?
Posted by Demetrius at 17:14