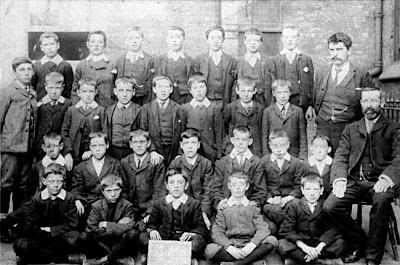 Did you know that there could have been a Pope who was a Scouser and an Everton supporter? I doubt if he would have charged premium concert rates for the faithful to attend his ceremonies because he was decidedly a man of the people.

Cardinal William Godfrey died in 1963 six months before Pope John XXIII as Archbishop of Westminster after distinguished service in Rome and in the Papal Diplomatic service.. Had he been given only a short time more in this vale of tears he might have become Pope. Born and bred in Liverpool he is now a forgotten man.

The media in the last few days have been filled with the lapse from virtue and chastity of a professional footballer, once an Everton player, who has committed the greater sin of playing for Manchester United.

He was pulled from their squad for the game at Everton because at Goodison Park he might have subjected to rude and enquiring remarks. Apparently he has become allergic to Scouse humour and unlike Godfrey has turned on the city of his birth.

It seems a long way and a long time from Godfrey to this unhappy business but it can be connected. However, there is a much greater scandal surrounding the Everton ground and nothing to do with the football or the club. It is about property and greed on a scale that defies understanding and about which there has been a deathly silence in the media.

Even “Private Eye” which has lately pilloried the CDC ran away from it. I smell big fat politicians and lawyers and even bigger super injunctions. There have been huge fortunes to be made and too many of the big boys in Westminster, The City and Mayfair in on the act.

Any local politicians with consciences who might have opposed it faced the whole weight of power, spin and character assassination as well as their seats had they kept on trying. Around them swam the small fry of the local Lib Dem’s who strangely would have preferred a Lab/Lib Dem coalition.

It is all to do with the “Pathfinder” redevelopment schemes and particular kinds of property. A number of areas in Liverpool had houses which were leasehold and where the freeholder was Liverpool Corporation.

This went back to the years of the late 19th and early 20th Century when the City burst out of own lands, bought land in the Hundred of West Derby to allow builders to put up houses for rent or sale on leases.

In some areas the annual freehold rent was ten shillings, a lot in 1900 but by some time in the 1980’s not worth the cost of collecting. As a consequence of rent controls and time expiry of the leases many of the original landlords sold out. As time went by with sales and resales and inheritances a lot of residents were not aware of the implications of their holding.

Perhaps they should have been. But even many who used agents or solicitors were not made aware and nor did Liverpool Council bother to tell anyone what was what. So by the 1990’s a lot of people had recent mortgages or other major debt secured on their property. This was about to revert ownership to the freeholder. Also, a number of others who inherited were simply not aware of their situation.

Even worse was the plight of the elderly. Many were refused benefits because they were alleged to own property which after the due date for reversion, again not informed by the Council, they certainly did not. Even before the date of reversion the property by then would have had no value.

Also, many were denied support and services by the Liverpool Council Social Services on the grounds that they owned assets which by then had actually reverted to the Council.

Many elderly people died early from lack of care, malnutrition, cold and poverty in these districts. It was only when in come cases properties could not be sold and the boarding went up that the truth began to dawn on the people. Even then the Council refused information and support.

So please if we are having enquiries into a number of plainly bad events from the last decade can we have one into the “Pathfinder” schemes in Liverpool and other places? Exactly what has happened? What gross failures in practice and policy have been made? What deals have been done? Where had all the money gone and to whom? If this money has gone out to tax havens can we know who what why when and where?

A great deal of this, of course, has been shielded from enquiry and investigation by the right of privacy of the politicians and financiers concerned, especially relating to their money interests. Our footballer might well wish he had gone into property and politics rather than the rough and tumble of football with all its perils.

What a pity some of the very active Human Rights lawyers of London could not tear themselves away from the legal aid and plight of murderers and terrorists in the metropolis who wish to remain there and perhaps go to Liverpool to help the ethnically cleansed older communities, all those ruined by the local Council and the families so badly damaged by this scandal.

What did one person comment about one of these lawyers? “She’s for Human Rights for everyone but Scousers”. Untrue, perhaps but they had a point.

There was one man who did his best. An RC Parish Priest in Crosby, North Liverpool now deceased, whose Aunt once attended the Seafield Convent Grammar School did try to mitigate some of the damage. He was put to rest in Ford Cemetery with his parents and many of his family.

The cemetery, a major resting place for many Liverpool RC families now is badly run down little cared for because so many of those families are long dispersed, thanks to things like the “Pathfinder” scheme.

What a pity that some of the richer and better connected of the former residents of that area could not either give some of their riches or their time to restoring it to the standard of respect it deserves.

Indeed there are ugly rumours, which might have no basis in fact but which say a good deal about attitudes that the intention is to clear the site and perhaps remove the remains to a nearby disused quarry to satisfy the financial demands and intentions of London property interests.

In the picture above from 1901, William Godfrey is on the second row of boys up, sitting and third along. The teacher of the class, standing, with the Head seated in front of him, was the grandfather of the Crosby priest and with the same name.

It was this teacher, William Godfrey having lost his father weeks before his birth, who gave him the basics of Latin and faith before he left for the College at Ushaw. One of the uncles of the teacher’s wife was a Rooney.