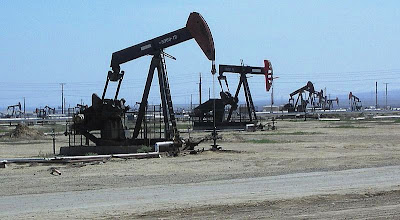 The suggestion that the UK should ban all deep sea drilling for oil has some interesting political implications, as well as financial ones.

As in all primary extractive industries the deeper you go into more intricate geology the more problems arise and the greater the essential risks.

This one could run and run, just like an oil blow out.

The Gulf of Mexico oil spill was the result of a 'dangerous and risky' industry and not unique to BP, activists warned this week as the UK prepares to open up more of its waters to offshore energy companies.

The worst spill in US history occured after an explosion on a BP offshore oil rig, Deepwater Horizon, in the Gulf of Mexico. Eleven workers were killed in the blast while the spill continued for 87 days, leaking more than 200 million tonnes of crude oil into the sea.

In an internal investigation, released this week, BP attempted to spread the blame amongst other contractors working on the rig. A tactic Greenpeace and others say is aimed at reducing its sole vulnerability to future legal actions being brought by US fishermen and other businesses who have suffered as a result of the spill.

The spill has already cost the company £5 billion in clean-up and compensation claims.

Despite the investigation highlighting risky practices in the deepwater drilling sector, activists say the oil industry is attempting to keep the focus on BP.

'The industry is keen to make it sound like BPs problem,' explained Adam Ma'anit, an analyst at PLATFORM London. 'But this report shows the complexity of deepwater drilling and its vulnerability, accidents are happening all the time it is a ticking timebomb.

'How many more crisis need to happen before government wakes up to its responsibilities. What happened to BP is not unique, it is a dangerous industry and government needs to stop pretending otherwise,' he said.

BP's outgoing chief executive Tony Hayward is due to appear before MPs next week to give evidence about the risks of deepwater drilling in UK waters.

However, Greenpeace say the UK should not wait any longer before introducing an immediate ban on all deep water drilling. Tzeporah Berman, head of Greenpeace International's Energy Campaign, said oil companies could not be trusted to put the environment and safety ahead of the pursuit of profit.

I saw some figures that while in around 1930 the energy cost of producing 100 barrels of oil was one barrel of oil, nowadays it is ten and rising.

Something somewhere is going to have to give.
Posted by Demetrius at 17:53