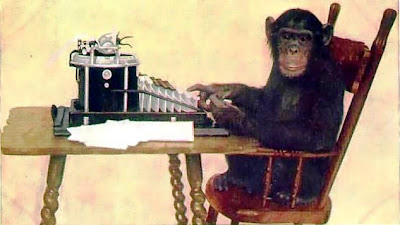 There have been several blogs recently that have gone off the radar and I suspect more to follow. There will be many reasons for this. Some will decide to get a life or rather another one, others have finally run out of time, others will have had ultimatums from spouse/partner or other family or creditors or the boss. There will be a few who feel that they have said enough and have little more to add.

One group will be those who became so enraged about the last government that now the chase is over and the prey is taken they are at a loss to know how to direct their feelings. A reason for this is the Coalition have barely begun yet to begin their work and we need to see what will be what.

This may account for the attention paid to the more stupid errors of judgement and past sins of some.

Broadly bloggers seem to fall into three major groups with a largish fringe. There are the professionals for whom the end of the dead tree press is nigh and who wish to be at the commanding heights of the blogosphere. Others are representative of one organisation or established grouping or another and whose output reflects this.

Then there is the broad range of general bloggers and blogs which may be from a base of an organisation but open to wide debate or individual in scope. The fringe is just that, a random and disorganised collection of individuals and groups who want to have their say and hope someone is listening.

Amongst the professionals and those who need to have a high rate of posting there is always the danger of misreading the runes or making bad mistakes. There are those with an angle sometimes difficult to estimate but often blatant.

You just have to use some common sense and attempt a little basic analysis to make your own judgement as to their reliability or strength of argument.

There is nothing much new about this kind of thing. If you look in Wikipedia at “The Thomason Collection of Civil War Tracts” you will see that in the 17th Century all our ancestor bloggers were alive and active.

I have spent many happy hours wending my way through this material. It has more depth, is largely better informed and frankly in many ways more entertaining than much of the 21st Century blogs.

It is fascinating to see just how Archbishop James Ussher arrived at his views on the delicate theological matter of just how old the earth was. Nowadays on the basis of more recent science most of us, but far from all, especially in the USA, believe that he was wrong.

So who was he? He had been busted from his See by the Civil War, pitched up as Lecturer at Lincoln’s Inn, was bad at it because his teeth had fallen out and then roped in by Oliver Cromwell to stop the row about the age of the earth causing mutiny and friction amongst the members of the Eastern Association.

Ussher could almost be a template for the blogger of modern times. In the 18th Century the printed debates were almost as active and in the press there would be well informed parallel comment.

The most famous is Junius of the “Public Advertiser” who is now thought to have been Sir Philip Francis. If he was I suspect he was using feeds from others, notably Jeremy Sneyd, friend of Sheridan and who was connected to the Johnson circle.

Then there is Cobbett and others like him. Dickens in the 19th Century started out as “Boz”, almost a classic blogger style operator, although wordy by 21st Century Standards. Many of the 19th Century writers were predecessors to the blogs in the shape of their writing and opinions.

During all these periods there were ups and downs, more activity and less activity and a wide range of opinion and coming and going. So not much changes; only the means of communication.

What has happened was that in the mid to late 20th Century a great deal of the printed word and media fell into the hands of smaller, more powerful and concentrated groups, substantially commanded from the centres of power.

Now the web and the ability to write, to communicate and to research has become so much easier and literally anyone can join in and they do. If the representatives of the past media establishment do not like it they should remind themselves that their position has been only an historical accident. What is happening now is in many ways a reversion to the past.

The one issue that does worry me is that a good many of the professional and the representative bloggers are simply not looking at many of the serious sources of information. There is a huge amount of solid information that needs looking at and deserves using in informed comment.

This is the difference between many bloggers and their equivalents of the past. They were normally better informed for their time and able to handle complicated ideas and information. The present knockabout business is not enough in the world we are in.

Although, if the Coalition goes wrong I will be joining the knockers soon enough.
Posted by Demetrius at 17:58