Extortionism And A Tale Of Two Pubs 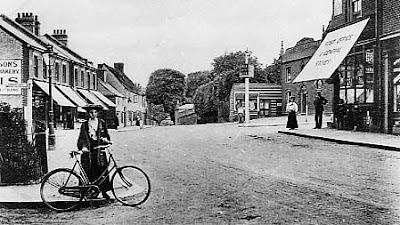 There are two villages not far away that have faced the closures of their remaining pubs. I call them Firstham and Secondham to avoid difficulties, as I often have to say, I have been thrown out of better pubs than this, but that is too long a story.

In Firstham a number of the local population met together and formed a company to buy out the owner, a Pubcorp, in order to run their own pub as they wish. The cost was several hundred thousand pounds and this was raised. The Pubcorp did not want to get into a serious argument because of the publicity threatened and as the company was paying the asking price it was not worth insisting on it being sold for building use.

Why was the Firstham pub loss making? The former publican had been obliged to face financial requirements and payments to meet the financial targets of the Pubcorp. These in turn had been determined by their creditors, notably their private equity shareholders and other interests in far away places.

They had proved far too much and the former publican had left penniless and having lost his savings. With these burdens removed the company could concentrate its attentions on service, prices and facilities. It might own pubs but essentially it is a company that churns its property portfolio.

The consequence was that now the Firstham pub is trading at a profit. Its asset value has improved accordingly and the members of the company are earning a modest but certain return. The pub has become more valued by its community and is seen once more as something which gives returns rather than just taking away.

In Secondham sadly, it is a different story. The Pubcorp involved there is determined not only to close the pub but to sell it for residential use with a covenant slapped on preventing any use as a pub or food and drink outlet. You see, it has others in the general area, miles away, but they want to eliminate potential competition. The Pubcorp has extracted all it can and is taking its profit.

Secondham has lost its post office, rationalised away by the government, its last shop, thank you Tesco and Asda and every other community provision. The last pub is the last to go. The site is being sold to a developer who intends to put up a shoebox development of eight single bedroom flats which will have only parking slots and will look distinctly out of place. Thank you, Lord Prescott of Little Weighton.

They are laughingly described as “social housing” which are to go to a speculator who specialises in single person places for people on benefits. He has a few in the district and is making a wonderful profit from them. Consequently, there is little or no economic activity in the village. Any money coming into the village goes out somewhere else, to somewhere very distant in most cases.

These days we call the Firstham approach “community action” or “social entrepreneurship” and the Secondham experience we regard as unbridled “capitalism” because it seems to follow on from past Capitalism In reality it is the other way round. Firstham is a true form of capitalism in its early form, a few people pooling savings to invest at a degree of risk for the benefit of their locality and themselves.

What is going on in Secondham is something else altogether. The trouble is that we do not have a name that explains the reality of it. I have been puzzling over the issue of words. The trouble with using words or concepts derived from the past is that they come loaded with the baggage of history. What is happening now is new, totally destructive and means that the many are the losers and the very few the winners.

New Labour may think it is “creative destruction” as in the Trotskyism they were weaned on and admired so much when they were cheering on Pol Pot. But it is neither creative nor progressive, it is a tsunami of greed and grab.

So my word is “Extortionism” and I think it works as well as any other.
Posted by Demetrius at 17:12