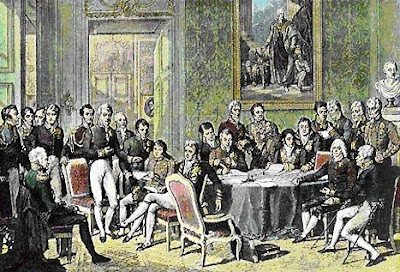 Amongst the forgotten nooks and crannies of Westminster there is a little place, well a big one, called the Foreign Office. Once it was the Mount Everest of the Civil Service but like the mountain is now a much visited tourist attraction. Also it is strewn with the litter of visitors, liable to cause unpredictable damage and has lost both its mystery and purpose. It has been redecorated recently but we may need to restore it to its former glory of function.

The Foreign Office was one of the first Whitehall departments to assume a more modern form back in 1782. The two separate departments that had dealt with matters in foreign parts, the Northern and Southern Departments were merged into one. It was Jeremy Sneyd, then Head of the Northern Department and former Private Secretary to Prime Ministers, who is regarded as the person responsible.

Sneyd, born in County Cavan and who rode with the Government cavalry at Preston in 1745, was close to Sheridan and his circle. In the past he had paid off Goldsmith’s liabilities to his servants and associated ladies. He was probably the man who arranged the bail outs to some of those worst affected in the Great Crash of 1772. At least it got him a property in Cleveland Row by Clarence House, a handsome estate in Hampshire and an acquaintance with the Austen’s. This is the essential tradition of the FO, insider knowledge is a wonderful thing to have.

However, the bringing together of the opposing elements in handling Britain’s relationships with the world did not mean ending the conflicts. It internalised and disguised them. Many times in the recent past our Foreign Policy, such as it was, lurched from one stance to an opposing idea and from one hasty deal to another that was even more hasty and ill advised.

At least much of the policy was at least our own and as far as possible in our own interests, as the government determined. Posterity often disagrees but history is a moveable feast. From time to time it involved making deals with more or fewer other governments jointly and with respect to their needs. By and large, however, we remained free from permanent set up’s which fixed the ways and means of conducting international relationships.

After the debacle of World War I, this changed. There was now a League of Nations and a growing number of bodies and other organisations to which we became committed. At the end of World War II with now the American’s involved as well as many others the number of international bodies, agencies, treaty commitments and other forms of negotiation and decision increased rapidly and extensively.

By the 1960’s it was impossible to conduct any sort of independent policy. The major constraint was the Cold War need to follow the American’s, but there were others. We liked to claim that we led the way but only like a poodle leads its mistress.

In the 1970’s we bought a ticket to the Great Maze of Europe and since then the only diplomatic triumphs our politicians have claimed are those where they have taken on more binding commitments, membership of this or that at a huge price and giving away both our law and sovereignty to more or less anyone who asked for it.

In the last three years the world has turned. Just as Foreign Policy and Foreign Affairs was relegated to one of the disregarded and last of the interests of our media and under Blair and Brown the least comfortable seat in the sofa of government, we may well need to learn how to do it for ourselves all over again. We can no longer play “Follow The Leader” because we do not have any leaders any more.

But the Foreign Office is no longer what it was. Like the rest of Whitehall it has been hollowed out of its essential past functions and turned into another PR/Management freak exercise meeting targets for sales talks, sales fairs, sales conventions, contact lists media spin circuses and attending meetings on how to keep all our masters happy. The baby that was the capability for analysis of information and intelligence as a basis for policy has been thrown out with the bathwater of real international communication.

One of the main problems this or any government faces is with the radical change in the way the world works, who matters and we our need to formulate and structure a well thought out and effective Foreign Policy. To do that the Foreign Office has to change again and soon. It no longer means churning out reams of garbage based on redundant management and financial theory or fancy fictions about how we intend to make Ruritania our kind of place.

You cannot run a real foreign policy on the notion of added value. Also the Foreign Office is not there just to be a sales office, agency for the latest financial dross dreamed up in The City or a personal service for all those Brit’s who travel abroad and find out the hard way that others have different ideas about personal conduct.

We have a Foreign Office but need a real foreign policy. The present office would not know where to look for or recognise one if it found it. Jeremy, where are you now?
Posted by Demetrius at 17:53