How To Rot The Lungs 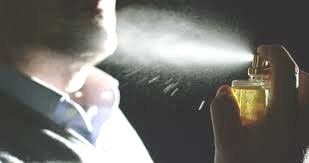 When the question arises that the world supply of something has “peaked” almost always there are major disagreements between those involved. This is because something has to be in demand for a supply to peak.

The Guardian today had the lead article on Air Pollution and what it meant to most of us. It means a lot to me, we have a major local problem when the movement is air is stilled by weather conditions. It is there because the stink and haze of it tells us. As someone with major health reactions caused long ago it is a nightmare.

When synthetic chemicals were developed in the age of coal and then transformed by the age of oil they were one of the answers to the increase of populations and the depletion of natural sources for crucial parts of the economy of Earth. The popular demand has been for more and more and governments have followed this.

Among the certainties are that finding and extracting oil is becoming more expensive and those costs will rise inexorably as more people demand more goods and services. If extraction of oil shales on a large scale is needed then the costs are likely to be higher still.

This might curtail demand and put something of a cap on what can be afforded. There are experts who point to the potential of natural gas from shales and other sources which may help to bridge the gap and enable humanity to continue using these energy sources for some time to come.

Again, this is all at a price and the location of those shales and sources will change the pattern of world power as they become more important. Geopolitics in the 20th Century was heavily dependent on geophysics and with our current economic systems is likely to remain so.

An aspect of all this is that the calculations of oil reserves are one thing and highly unreliable at present but how much of that assumed oil is either recoverable or usable economically is another matter. There are strong differences of opinion over this.

Then there is demand. If supply estimates and prediction are difficult then trying to work out the pattern and nature of the several features of demand is much harder. One feature in the debate on air pollution is not just on the roads and in the flight paths it is in the homes the chemical load has increased vastly in the last two or three decades.

All the air "refresheners" which do not refresh but simply deliver a fragrance stink to persuade people that it is "nice". All the synthetics and smells and powerful substances in the whole array of consumer goods for the home and person. Walk into an entrance lobby and you are hit by air with more pollutants that can be imagined.

The public were not told, it just happened as part of the production and marketing of household and personal goods for sale at a good profit and backed by media and advertising as part of their incomes. Our machinery of government is doing little or nothing and is unlikely to until the rising figures of illness and implications etc. force their hand.

My question is that what happens if we have both peak supply and peak demand?  That is that in the future there is not going to be more supplies of the necessary energy resources from oil or gas and in any case the world demand, because of price and maybe persistent economic and political problems has peaked as well.

There is no question of going back to the land because the land is being destroyed and will never recover.