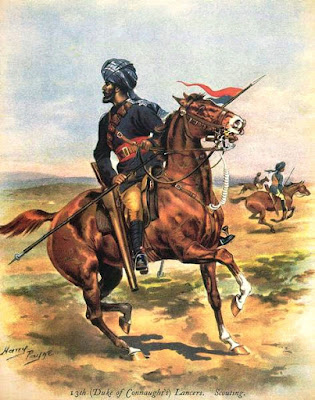 There is the by-election for Stoke Central on Thursday which is of current interest for all the wrong reasons. A few days ago BBC4 repeated the programme Love And Betrayal in India. The White Mughals about a Scotsman of the East India Company, James Kirkpatrick, becoming more Indian than Scots and Muslim in faith.

How might these connect is obscure. One reason is that contemporary with Kirkpatrick were men from the local Sneyd land owning family in Stoke and area, who were active in the Company military and connected at the highest levels to the Governors General in Calcutta.

More to the point was that they were involved with the Royal Asiatic Society and those with a real and close interest in the literature, languages and cultures of the sub Continent.

On Thursday in Stoke one major issue is which way the Muslim vote there might swing. There is a report that they are advised to vote Labour or face discipline from within their faith.

That Stoke, so long a stronghold for Labour, may now have to rely on that vote as opposed to what is left of the old working class, who are now voting for others is striking. It has lessons for the rest of the UK including Scotland, which is said to have a population of 5.3 million.

The SNP, hoping to have a win in the next referendum, at present has open doors policy. With an estimated 350 million people in the sub Continent being Muslim, if zero point two per cent of those see the social and welfare policies of Scotland being advantageous and move in whatever Scotland will be it will no longer be Scots, many of whom will have moved on.

If in England, the Labour party is shifting to a reliance on the Muslim vote in urban areas, this will reinforce those at present in favour of a UK open doors policy. But there are other faiths. So who might come? In India there are a billion and more. If many of them were to move will they join the Muslim vote, or would they vote for anything but Muslim?

We should add those from other continents, Africa, China, the Middle East where friendly bombing creates more friends to come, the Far East and other places.

If Australia gets much hotter and our cousins return where we will we fit them in?
Posted by Demetrius at 15:20