Pause For Thought And Memory 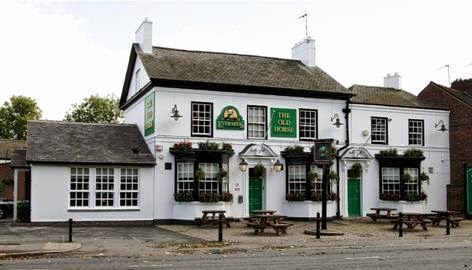 There are times when events can have connections that give pause for thought.  Today has seen the announcement of the loss of Sue Townsend (Wikipedia etc.), aged 68, and Richard Hoggart (also Wikipedia etc), aged 94.

Sue was a delightful, prolific and entertaining writer who made her name with the Adrian Mole (there is a Wikipedia page) books the first of which was The Secret Diary of Adrian Mole aged 13 and 3/4.

Sue was born in 1946 and when she was that age as a girl in Leicester Richard Hoggart was a Senior Lecturer at the University of Leicester in the period 1959 to 1962 before moving on to greater things.  Among a number of works the most famous was "The Uses of Literacy" of 1957 (Wikipedia page).

The University was quite close to the Linwood Girls Secondary Modern School attended by Sue.  They may have been on the same bus at the same time on occasion.  But I doubt that either of them were much to be seen at the Leicester Tigers ground on Welford Road, passed by the bus.

Richard was a very decent man, earnest and energetic in his work and with a dry sense of humour,  His book showed his concern with the loss of the old working class, its community and its culture.

He told us that a new mass culture was being imposed and that the losses would be very much greater than the gains.  We would all become prisoners of what those who had to power to do so would decide what should be.

Both were of distinctly working class origin and the irony lies in that Sue's fame owed much to the mass entertainment means that Richard warned against, albeit as a comic form.


I hope there is an "Old Horse" as it used to be up there in the sky where they can meet and swap stories and ideas.