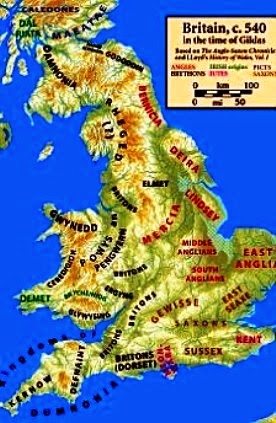 It appears that Alec Salmond has said that he has no territorial claims in England.  So in 2015 could we have a Radio Cumbria incident to compare with that of Radio Gleiwitz?  Probably, or perhaps possibly, not; there may be other calculations.

If, after the next election, there is a Labour or Labour led coalition this will include a good many Labour MP's from the North.  By reaching out the hand of friendship to them he may hope they will go soft in any negotiations with Scotland.

As there could well be strong differences of view between a largely Conservative south and east and a Labour north the potential for trading off on the back of this division is easy to see.  One good reason is the confusion about what is England.

An extended but clear article on the LSE web site deals with The English Question in the form of a critique about the Liberal Democrat's total lack of ideas, policy or leadership on this question when they are supposed to be Federalist in their overall ambitions and leading and forming the debate.

If the idea of Home Rule For England begins to spread and more people in England see themselves as English rather than British it is possible that Scottish independence could provide the trigger event for that to become a much stronger feeling.

Unless our political parties find a sensible way of addressing the need for some clear policy and ideas on this subject who knows what could be the consequences of this failure?