Tell You A Story 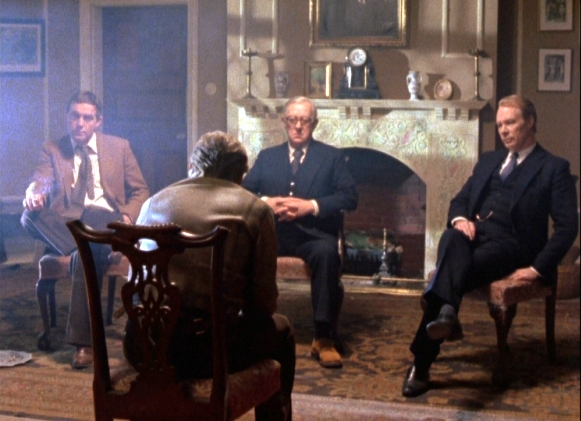 All the hoopla going on about the security "scandal" is at least entertaining.  As it is now the fiftieth anniversary of the Profumo Scandal of 1963 at least the timing is right.  One of the supporting persons in that drama was Valerie Hobson, the attractive and famous film star and wife of John Profumo.

Early in her career she may well have been in a stage production somewhere or other of "The Importance Of Being Earnest" by Oscar Wilde.  In that play in the third act the "gubbins" was the arrival of a Miss Prism to confess her deceits and errors of 28 years before when as a nurse in the household she had mislaid the baby at Victoria Station.

The ending of the play was a happy one.  The current Prism business involving the security services of the USA and UK will not be.  There will not be an end and we do not really know the beginning.  President Obama may remind us that you cannot have 100% security and 100% privacy but even that might be unacceptable to the masses.

For the first fifty or so years of my life for the great majority of us there was not a lot of privacy.  It was not difficult to work out around what other people were worth, what they were up to, where they traded and other things, notably religion or political interest.  As for finance there was simply a good deal of received knowledge and in any case a great many pay scales etc. were in the public domain.

On the other hand there were the criminal classes and those in various forms of business and with great wealth who were able to make other arrangements and keep them very quiet.  One of the interesting features of the 1960's and later is how many former colonies and other territories were allowed and encouraged to be tax havens.

Sadly we now know that the overlap between those groups was and is much greater than we thought or assumed.  We are painfully aware of the passionate desire of most of our Parliamentarians to have lots of expenses along with absolute privacy relating to them, never mind all the little extras and backhanders.

Inevitably as we are supposed to have a democracy with various equalities and rights and privacy we all now want the same as those with lots of money, power and access to expensive lawyers.  Increasingly we have secret courts and tribunals and other secretive bodies dealing with various affairs.  A very convenient arrangement to many both in government or other office.

Yet at the very same time a great many of us carry credit and debit cards, other documents, driving licences and a wide range of things with access to online stores of information.  To those with the technical ability or interest a quite amazing amount of material is out there which they can use.  Just check your inboxes and other folders to see what turns up.

Never mind what is in the social media where many unburden themselves of all or almost all and then shriek when it leaks.  Also raiding this material and your emails can be perfectly legal.  It someone has the money and good reason a lawyer can invoke the Principle of Discovery which means the lot has to be handed over.  If you allege in your items that a famous professional footballer goes round raiding church poor boxes you better have evidence that will stand up in court.

Indeed it is not nice to know that somewhere Over There all your secrets may be looked at, but you put them there.  Also, a lot of them you were supposed to inform people of, notably the tax authorities or your bank or your insurance company or your mortgage provider in the first place.  That GCHQ in Cheltenham may have some details is certainly unwelcome but what does anyone expect?  It is the price of the modern digitised global fiat money and debt based society that we have all rushed to embrace.

It is possible to avoid it.  We could go back to hunter gathering and keep the secrets of food sourcing within the tribe and pray and sacrifice to our own gods to protect us.