A Lazy Way To Run A Bank Or Railway 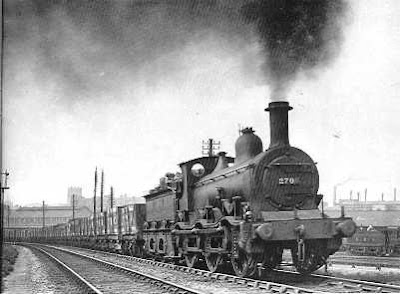 Today, Nicholas Shaxson in his Treasure Islands blog, arising from his best selling business book of that name, links to a Financial Times article of 5th May by Chris Giles in the FT Magazine, “At The Court Of King Mervyn”.

This article is long, compelling and in Shaxson’s word, “devastating”.  This word is over used these days, perhaps “deconstruction” might be better.

Basically, it says that as King built his Bank of England career in the initial stages on inflation targeting and control, this came to dominate its function and purpose and to to demote and disregard other key work such as maintaining a watch on and control of overall financial stability.  He failed to understand the complexity of it all.

My comparison is that he became afflicted with what I would call Coal Train Syndrome.  It is an attitude to policy formation and conduct of business that fails to see what the big problem is and to act on it in time to avoid serious errors of management and judgement.

It is not only financial policy in the UK and elsewhere that suffers from this fault it is energy policy, water policy, housing policy and a raft of other key policies where experts, commentators and politicians become either fixated on other issues or too attracted by what seem to be easy or more popular simple answers to complicated and difficult problems.

For much of the first six decades of the 20th Century the coal supplies in the were carried by rail on a mid 19th basis.  This was in four wheel five ton wagons with only handbrakes.  The wagons until 1948 were owned largely by the mining and coal supply companies and generally returned empty to sender after use.

From the mines, where they had been largely hand loaded they were taken to marshalling yards, some quite huge to be assembled into trains that were sent around the country.  Consequently, you had short trains to run in a localized basis close to mining areas and then a great many longer trains to further destinations.

Given the amount of coal needed in say, the London area and in other urban or rural areas further away this meant a huge number of trains and return empties clanking up and down at around twenty miles an hour and notoriously prone to derailing and control problems.

In short much of the rail network at any given time was dominated by this traffic and other traffic planning, whether for parcels or passengers had to be fitted in around it.  Clearly this meant in devising routing and timetables the coal traffic imposed quite serious limitations on other options for rail use.

Yet despite by the 1920’s the availability of handling technology and wagon design for much larger wagons with power braking etc. able to run at speed and release substantial amounts of track use the rail companies and then British Railways never got round to dealing with it until the 1960’s.

By which time both the rail network and its financing were running into real trouble and worse and worse decisions had been and were made about its potential and future.  So when the Bank of England concentrated on inflation targeting and did not tackle other problems arising they had fallen into the same trap.

If the FT is right about the King Mervyn regime at the Bank of England in the first decade of the 21st Century, all I can say is what a way to run a railway.