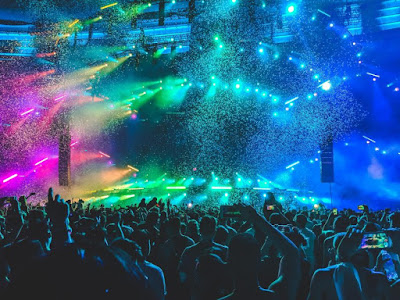 This post, I suspect, will be disliked by some and others may not agree with my position on issues that for many are central to modern culture and the living of life. Also, it is returning to a subject that has been dealt with before.

But looking at a blog I saw an item where the writer was asking for advice on how to insulate his home because he did not want to affect the neighbours given that his listening,  music, was at levels going up to 120 decibels.

That is a lot of big, heavy sound for a head to take. The obvious issue is the hearing system but there is more to it than that. Like very many who want big sound they do not seem to register that the acoustic and frequency etc. impacts on the neural system.

The first of my posts that dealt with this was on Friday, 9 July 2010 titled "The Return Of The Mad Tankies", see here which takes a broad look at the matter. Then on Wednesday, 16 March 2011 titled "Cox And Box", see here goes into the science of hearing and the neural aspect. Also, there is on Monday, 13 May 2013 titled "The Rest Is Noise", see here which is short and to the point.

Time wears on and the longer you go the more you need your hearing and mind in order.