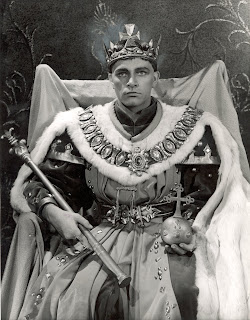 Long ago when going to a play written by William Shakespeare, you would expect to see a more or less straight performance going literally by the book. As Stratford on Avon was a family town for some time, this meant the Memorial Theatre.

In the world of today this is strictly no go. Performances, notably in London, have to "mean" something else and there is a debate about what who where and how. The SJW's have stormed the stage and what you see is what you are now supposed to believe in terms of 21st Century ideology.

Which presents a problem, since when WS departed to the great dressing room in the sky in 1616 is a long time. This makes him history and that means what we are told was history. In the 21st Century we prefer to skip the detail and the facts for a collection of beliefs and theories of people who have little awareness of the realities of the early 20th Century let alone the 16th.

When you do look at the detail it is interesting on its own account, let alone any insights into the period. On 25 October 2011 I did a long post dealing with the actual complex of family and connections of WS titled "Shakespeare Family And Friends".

A follow up long post was on 15 February 2015 "More On Tudor Times" because the name Cumberbatch in a 15th Century document along with Shakespeare meant an extension of the discussion of who really was who for WS.

On 23 April 2016 a short item "Shakespeare In Brief And At Length" deals with his place in society at that time. There are a handful of others but they do not have anything to add.

Back a long time was  that at the end of one play although one of the first out I was still beaten to the bar of the The Dirty Duck (aka The Black Swan), by Richard Burton. We had a chat about the Cefneithin Rugby Club.