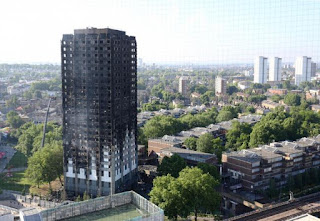 The next bust is a subject for all those who like to comment or predict about the what, when, where, who etc. and think they have the answer.  The fact is that some do, many don't, some nearly get there and most of us just sigh wearily and are left to pick up the pieces.

This is complicated by the chances of the bust not being confined to one part of the government and financial world but hits several sectors hard and a real big bang multi bust can hit the lot. All that money you saved for a rainy day is washed away by the rain.

A sector that looms large in the UK at present is the property where a lot has been going on and there are suggestions of much of it being unstuck and hitting the big hitters hard and where it hurts, in the wallet. We will all get hit but who bothers about us?

The Commonhold and Leasehold Reform Act of 2002 was said to be one that would sort out the many and various problems in the owning of property, especially in the Leasehold sector. It did not succeed being the legislative equivalent of putting lipstick on a the face of a pig.

In the years since things are not better they are at least just as bad and arguably sometime as lot worse. Clearing up after the Grenfell disaster for example is made more difficult because of complexity of the holdings of the development.

Builders of new houses have taken to using leasehold again which is increasing the problems. Many of those empty properties, especially in London, have complicated ownership tied into business structures with several levels of ownership usually ending up in a tax haven were information cannot be accessed.

For those with leaseholds wanting to know who exactly owns their freehold this can involve a grand tour of the world only the cruise ship all too often sinks before making port. A common feature is a front office firm doing the freehold necessary, this owned by another entity, say a Limited Liability Partnership, owned in turn by a family trust or perhaps something else.

A great many retirement developments, for example, are not aware that the listed owner of their freehold is Deutsche Bank. Yes, that big German one that is hopelessly in debt and whose problems could trigger the next world multi bust. It is the implications of these that are the nastiest threat.

Because among the financial traders there are financial gizmos called CDO's or Collateral Debt Obligations which are bought and sold by all sorts of other traders, almost all working out of computers located here or there and tracking through tax havens.

Our freeholds are among the securities packaged into these things. Which means that if they get lost, disappear into the ether or simply vanish from the records then we may never know who owns the properties concerned. Those recalling the US sub prime crash will know what happened next when titles to property were lost never to return.

The gloom mongers already point to the UK property market as being a high risk sector and ready to go down. If the ownership to properties is not sorted out it will never go up again.