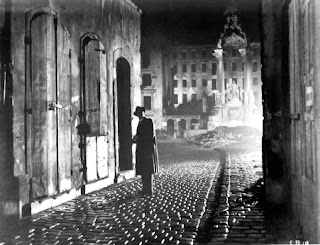 Many decades ago I was interrogated by experts who had been flown in from London. A crucial file had gone missing and all, albeit less than a dozen of us, high or low in rank, shared the experience. Still a teenager, inevitably I had an opinion, telling them to look down the back of the safe and there it was, intact but very dusty.

There was great relief among those concerned, especially the officer on the hook, because I had explained it was not his fault but very easy to do. As they had to blame somebody it was my chief who took the hit, not just for ignoring suggestions to that effect, but for having the safes too far from the walls.

One thing I came away with from that and other matters that arose among our happy band, was some idea of what the intelligence was all about and its complexities. It explains why at present watching TV, what passes for comment etc. on all this raises a giggle often and laughter a few times as well.

So what of young Jeremy Corbyn when he were a lad and wandering the wilder shores of politics in the 70's and 80's? It was a lot more exciting than the boring old Conservative and Labour Party ward party meetings endlessly arguing about protocols and who should stand in the next local elections.

There were a lot of Jeremy's around. To be one of them you needed the right accent and social status. Working class rebels might have been the stuff of fiction, but they were not really wanted in the action groups. Like Jeremy the parallel Jeremy's were anxious to talk to and help anyone who hated the Brit's.

One evident truth for them was that East Germany was the vision for the future for European states. Their sports persons were winning medals and the BBC liked their media set up, it suited their ambitions. Stalin was a sort of St. Peter to the gods of Lenin and Marx, and don't mention Trotsky the Left's Judas.

WW2 had bequeathed large intelligence etc. organisations to the Cold War in the East and West and by Jeremy's 21st birthday they were much bigger, very active and prodding about anything and everything. They needed to make work to justify their ramblings. At the time, I wondered if they even checked out birth certificates never mind the marriages.

In particular they were chasing about and interacting with each other. I suspect the flow of information was immense, a great deal of not very good analysis, a lot of opinions claimed to be facts and all sorts of spurious and inaccurate information relevant and irrelevant. It kept them in work and on track for a public service pension.

My security problem was my sense of humour. When my rugger mates, who included a former Intelligence Corps man, and I had a few jars nearby one December, it seemed a good one to go and sing Christmas Carols outside the HQ of MI5, I think it was "It Came Upon The Midnight Clear" that really wound them up.

Personally, I have a sneaking suspicion that Jeremy was and is not all be seems to be. Could he in fact be a tried and true British agent himself, long ago required to gain entry into all those enemy strongholds? By a twist of fate he was elected an M.P. unexpectedly and has had to carry on the charade ever since.

He is more George Formby than George Smiley and as in the song hoping to get to the top. But when Big J, as he is known, is playing darts in the public bar of the North London Oddfellows up by Highbury and Islington Underground Station and is asked how are you going to pay for all the spending he promises, he will have a ready answer, if not a ukulele.

His inspiration would be Karl Marx. In the New York Tribune of 25 August 1852 he had a long article on The Chartist Movement in Britain. This was a populist movement for the franchise for all, annual parliaments and radical changes in taxation and government spending.

Marx did not like The Whig Party at all and quoted a leading Chartist to the effect that they should be swept away together with all their policies and proposals being the neoliberals of the time. One of their ideas was to abolish the Window Tax, a reform that had been accomplished.

The Whigs, an upper class party who lived in large houses for the most part claimed that the purpose of the Act no longer applied so it should go. With it went a tax income that was relatively reliable from the property owning class.

Jeremy, I think, looking at the possibilities of the various forms of property taxation, will be proposing a window tax any day now. Keep looking in the foreign pages of the Prague Business Journal.

You read it here first.