A Meeting Of Minds 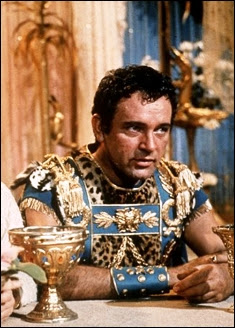 In the villages around Stratford Upon Avon in the 50's and 60's there might be a shop or two or perhaps others if they were larger. But for some things you needed to go into town, for example, the chemists. In the village of my in laws it was neighbourly to collect for the elderly for whom visits to town were difficult. So when staying there it was usual for me to have time on my hands because they were busy places and an hour to two wait was routine.

This routine meant spending waiting time in a pub' having a pint or two. Also, I could call at the theatre to see if there were late returns. As this was the time of Peter Hall directing there were some productions that were must see for many people and it was difficult to get tickets on normal bookings. The logic meant that the pub' for a pint close by was The Black Swan.

The main bars were usually busy but there was an unsigned smaller one then that you had to find your way to, which was the preferred one for the theatricals and regarded as their patch. But the barmaid there lived in our village and I was OK. One day there was a table with only a man and a seat available, so pint in hand I sat and gave him a nod as a courtesy, he gave a nod back and that was going to be the lot while he had his beer and I had mine.

Until he was staring at my tie and asked why I had a kangaroo, was I an Aussie? I told him that it wasn't, it was a jerboa. He wanted to know what that was and I told him it was a species of rat found only in North Africa. He realised that this was The Desert Rat and what was I doing wearing it? I told him National Service in the mid 50's with the 7th Armoured Division. He told me he had been in the RAF and a chat about the services.

They were doing a late tour of the Midlands and on the Saturdays had already booked first class fixtures and wanted a mid week one. They thought that Leicester Thursday was a part of the major Leicester club. It wasn't, it was separate and a team for shop workers in the age of mid week early closing which by the 50's picked anyone from a network of local players who happened to be free.

Cefneithin for this tour had called in all their former players who had moved on to top clubs and included internationals. In the first half they had run up so many points that at half time it was agreed to skip the second and go to the bar. Rugger was informal in those days.

From the stares we were getting from others in the bar it dawned on me that this chap was Richard Burton who was killing time between the long gap of the film "Cleopatra" finishing and then being released. It had all been difficult and a very messy business. He was very glad to have someone who stuck to the armed services and rugger, notably Welsh rugger for a conversation.

It was just an hour or so in the pub' and a casual chat and then I was off to return with the shopping. I did not mention it and the family only knew because the barmaid told them. When I look down the cast lists of the plays that were running in Stratford at this time, I wonder what might have happened had Richard married Margaret Drabble or Judi Dench?