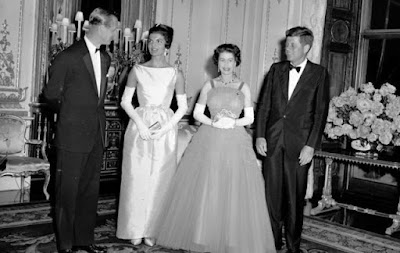 This item from Youtube gives a brief video about it. A different man in a different world. One key difference was that Kennedy was one of an Irish American clan who became rich whereas Trump does not have that distinction although in that rich class.

Another one for Kennedy is that he had been a student at the London School of Economics. How far this had been a help in his thinking on policy is a matter of debate. The idea of Trump at LSE simply boggles the mind.

I wonder what are Her Majesty's and Prince Philip's thoughts?