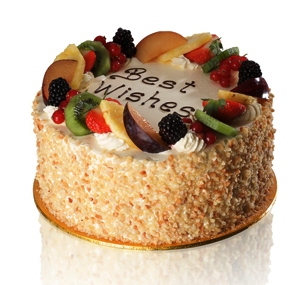 Long ago when the world was a bit younger I arrived in 1950's London to improve my situation in life and other things. Among the discoveries I made was a place where the utmost delights of life were to be had as well as increasing the need for dental treatments.

It was on Old Compton Street in London and a cake shop beyond the imaginations of people who had not long before had rationing to think of let alone the limited diets and old recipe's of either home cooking or the basic offerings of local bakers etc.

It was Patisserie Valerie, see the Wikipedia page for the history, and for decades afterwards was on the short short list of places to go to when any London visit was made, or even crossing in transit. Then Thatcherism struck at my vitals in 1987. It was taken over and became one of a small chain in central London.

Near twenty years later in 2006 and under Blair and Brown another takeover turned it from a small specialist business with a niche market to a brand name with many branches and part of a major financial operation. You might even find the brand in some supermarkets.

Now, to coin a culinary saying, it has gone down the pan. The markets value the whole business at £450 million, presumably property, and there is £20 million worth of chocolate money dressing missing in the accounts. From sweet to sour with an unknown future and publicity that will scare off customers the end could be in sight.

The story of our World and of the Britain of today can be seen in what has happened. Behind it all lurks the menace and threat of the EU and Brussels. All that is good must go and finance must rule.

And Madame Valerie was a Belgian who sought to make England a tastier place to be.