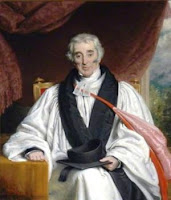 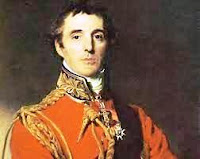 In previous centuries families had come and gone with the wars, conflicts and ups and downs of life. The landed classes were adept at removing each other. This made way for those who became rich, merchants and such, who bought into land.

If they then picked the right sides in politics, had enough heirs and made enough marriages to the daughters of families of high rank they could rise into the highest levels.

The marriage agreements might entail the lower order family taking the name of a higher order female. So the Colley family became at first Wesley and then amended to Wellesley.

Why has no TV company run a series about these Wellesley brothers and their sister? They were a remarkable group. Gerald was born 7 December, 1770 and died 24 October 1848.

His brothers and sister were:

Were Gerald's sermons about hellfire and brimstone? As delivered by Arthur?