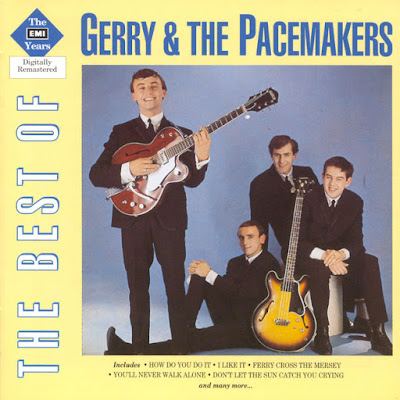 Yesterday Liverpool played Manchester City in a Euro semi-final match. It was quite like old times. Their fans attacked the City bus, there was sundry fighting and during the game The Kop was bellowing out it's chants and songs, notably "You'll Never Walk Alone" from a musical of long ago.

A couple of days ago we put up the musical "Carousel" on our TV for a bout of nostalgia and a change from sport. It is dated from 1945 stage in New York, stage in London in 1950 and the film 1956. There have been recent revivals. It is Grade A sentimental but with a lot of songs. See Wikipedia for the complicated tale.

So, slumped in my chair, when did the Liverpool fans take up this song and why? It became an exercise in facts, opinion and theories. Liverpool had won the League in 1947, were relegated to the Second Division in 1954 and after eight years of near misses for promotion regained the First Division in 1962, won it in 1964 and then won the FA Cup for the first time in 1965.

It appeared therefore that those years of the 50's were a bad time, followed by the good times. Ergo Cogito Sum the Kop took the song "You'll Never Walk Alone" up during the dark days of the 50's becoming an anthem in the 60's.

The football facts were facts, the theory was based on facts and it was my opinion because I was in the Kop a handful of times in the 40's and 50's and was of the opinion that it had been sung then.

Then I look at the net and Wikipedia that fount of learning. This they say was not the case. A Liverpool pop group, Gerry And The Pacemakers, released a version in 1963 that hit the top of the charts and the fans on The Kop were encouraged to sing it to beef up the media coverage of games.

But indeed I might well have heard it sung. When football matches were played on Saturdays at 3.00 p.m. many of the fans had refreshed themselves in public houses to withstand the rigours of the terraces. They were singing all sorts of things and rival groups (gangs?) had differing favourites, anything for a punch up.

The TV people, however, preferred to keep it simple and to show what appeared to be a communal jolly and stadia by then had better and louder sound systems. The old rivalries born out of religion or politics were not for Match of the Day.

So the chosen one for Anfield was the song from Carousel. The different voices of any fans trying to sing something else were drowned out, it was either to sing the song of choice or shut up.

Harold Wilson, the Labour Leader and later Prime Minister was all in favour of this state rationalised improvement. Some of the fans were his constituents. Visualise it if you can, a leading politician apparently singing for his supper in the Director's Box.

How very different from the ways in which we conduct our politics these days and discussion about matters of history and the rest.