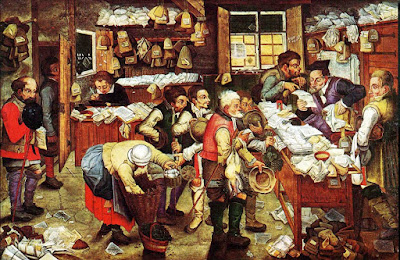 In another blog a while back the writer accused the HMRC of playing "silly tax games" in its pursuit of raising tax from business corporations in a world with many tax havens inviting them to locate financial operations there.

Below is the comment I made, one in which I had a rare sympathy for the tax man.

In your post you use the phrase "silly tax games", they are neither silly nor games. HMRC has been obliged to adopt a more forward and determined approach in dealing with major corporations, many international, to collect the taxes due.

There is real pressure on HMRC because governments have been increasing spending and taking on more liabilities. But what too many simply do not realise is the extent and rapidity of change in recent years, especially the politicians and also their leading civil servants.

The corporations on the other hand are able to move far more quickly and they can reorganise and put in place the teams of very able people on substantial earnings that will do the job on systems that are newer and better than those of HMRC.

The accidents of history have created a network of "independent" jurisdictions that are a flexible and ready to enable the movement of money, ownerships, titles to property and the rest to the advantage of these corporations. This is about wealth, who owns and runs it, power, politics and control.

When the corporations own so much and fund the politics, our Prime Minister when at her breakfast table confers with her husband financier, then the servants of the public, such as the HMRC are at another disadvantage.

For the rest of us, we have the problem of what sort of economy are we going to have to provide our needs when this collapses.