Sport Not Quite For All 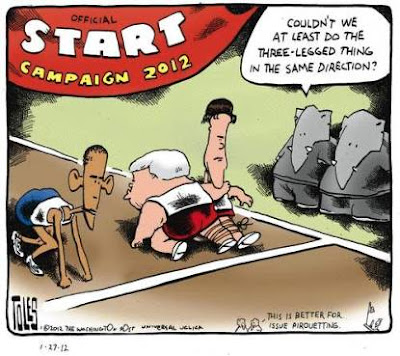 No sooner do I stray back into geophysics than something crops up.  It seems that in the year 1258 the population of was hit by a major event.  This is said to be an unidentified South American volcano blowing at about eight times the strength of the big nasty 1883 Krakatoa event.  The story is here and in the paywalled Times.

More predictable was that Lord Moynihan, the former Olympic athlete is calling for government policy to allow much more money to “invest” in sport.  Certainly, Team GB has had a good Games with possibly more to come.  This has been done on the back of added spending but largely selective and targeted on events and people in with a chance.

He may not have noticed the vast sums ploughed into sport in the last couple of decades.  This too has been highly selective.  In this case it is the loot, sorry, money has been directed into soccer, notably to a small number of leading businesses, sorry, clubs.  Other TV friendly sports have also had benefits, but to a far lesser extent.  If the viewers ain’t there then neither is the money.

So it can be argued that it is not the total amount of money going in, it is the imbalance.  Compare and contrast the earnings of any leading Premier League player with a rowing or running athlete.  Around the nation are many expensive new stadia for soccer, much of it paid for either by TV money or “investors” looking for a slice of the action, or the money laundering opportunities.

There are other differences.  A handful of cyclists do well, but mostly on the back of their efforts abroad, much of it in continental road racing.  Also, tennis players earn their main money on the world championship circuit.  But when it comes to cycling or athletics stadia or other provision such as swimming, the taxpayer is expected to find the money.

Applying modern ideas of relativism as to what “investment” in games might mean there are other things.  One is that soccer has become one of the central elements to a vast increase in gambling and the other is the variety of other “games” that have gained in economic strength in the last couple of decades.

There are reports that premises with machines which allow a great deal of exercise to either the right or left arm of choice are now a major feature of modern high streets and leisure areas.  It seems that quite a lot of people are “investing” in this form of activity.

Whilst local authorities are selling off playing fields and shutting down maintenance cost heavy swimming pools the young are urged into playing with the one armed bandits to beef up the councils takings on the business rates.  In the state schools curricula there is little time for or interest in really competitive sport.

Schools are judged on tests in classroom work and not on their times on the track or in the pool, if they had one or even access to one.  There are no credits for how the honour of the school has been enhanced by winning local leagues or cups in sport.  There is little urging on of pupils to outdo each other.

It isn’t the amount of money going into “games” or “sport”, however defined, this is already a substantial part of economic activity, it is the direction and purpose.  If Lord Moynihan could persuade people to put their money into sport for the young instead of gambling or boozing it would be much better.

But he must be aware also that the profits from these go offshore and are little taxed relative to the tax take given from any actual activity and their providers are well connected in politics.  Also, he must ask whether it possible in the modern to make sport a normal part of the life of young people as a whole.

If that I would put money on him being a loser.