Ghosts At The Feast 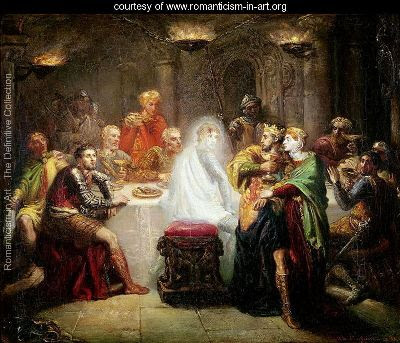 One of the unhappier features of the scorched earth policy adopted by the previous government was the numbers of their people placed in a wide range of non- government organizations, agencies, quangoes and all the rest at great expense.

They all had their role to play in the bust that occurred.  Then there are all the other famous names, if not on the payroll of one thing, were certainly high on the hog in other ways connected with government and finance.

What is striking in both the and the is how many of those who led us all singing and dancing down the road to ruin are not just still in place but keep turning up and again and again under governments and parties that are supposed to be doing it differently.

In the Daily Mail finance pages today some of the resentment about this gets personal.  Alex Brummer, the writer, took out an insurance policy with Yorkshire Insurance that travelled a rocky road to end up now at .  It is worth far less than he hoped or was promised.

He is far from being alone quoting six million similar policies, the sort which very many people depended on for their future pensions.  To put it crudely, they have all been stuffed.  Many of these people feel that the so-called “light touch” regulation became legalized fraud from which the few have benefitted and too many have lost.

So Alex Brummer is very unhappy to see Sir Howard Davies (see Wikipedia for career) now take charge of Phoenix given that he was one of the men at the top during those happy slappy financial free for all times.  Let ‘em all come, let it all hang out and to hell with boom and bust its all boom boom boom.

Back in the old days of 1999 and in June of that year I pitched up at the LSE for the welcome to JK Galbraith and the award of an honorary Doctorate in Science.  It was good to see this man of letters, affairs and economics being given credit for his work.

His 1954 book on “The Great Crash” was a particular influence and led to a continuing interest in how financial systems and polities can develop serious flaws, fail to deal with them and then find a bad crash or collapse on their hands.

It led to a lifelong unpopularity born of pointing out to people that the figures did not work or that their optimism about something may not be justified.  How many times was I told that I did not understand only for me to suggest that my inability to understand might indicate that there was something wrong?

This was the case in 1999 when after the event in the reception that followed the belief that Galbraith and others had taught us how to avoid crashes meant that the dot com boom was sound.  Almost all there thought it would take us all on to great riches and very soon.

In 2003, Sir Howard Davies arrived to head the LSE from the Financial Services Authority (go easy and arrive late) and its continued surge into financial markets and human rights under the guiding fist of Cherie Blair.  The dot com crash was regarded as merely a technical hiccup and normal business had resumed at full throttle.

We have learned a lot since then but have forgotten much.  We do seem to be becoming aware that there is a lot do not really know nor understand.  Also that our liking for predictions that sound good need more care and thought than in the past.  But there are still too many people who do not accept the disciplines of this or who care to change their ways.

The trouble is that they are at the top and are still employing the men and women who have brought us to the brink of failure and another Great Crash.