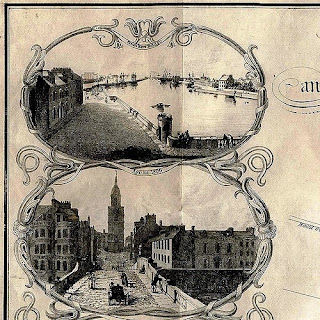 In the life story of Robert Burns there are "what if's" one being that the information that his poems were about to be published reached him when he was about to be off to Greenock to go to Jamaica as a Plantation Overseer. Also, did someone tell him what was involved?

There were other chances of life. To go to London would be difficult for a stray Scot, so what might have been better? Bengal was possible given who he knew and the connections could have offered a post in the East India Company. He may have been a Writer in accounts with an outside chance of becoming rich, or a soldier of fortune or might he have ridden with Skinner's Horse?

This history describes the Scots major role in the East India Company and the creation of The Raj. It begins in French but scrolling down to the English takes you to a long history and it is the section entitled "Scottish Commercialism In India And South East Asia" 1770-1833" that is relevant.

There is another "what if" and that is if he had survived and lived rather longer. At the end of the century there was trouble in Ireland, a rebellion in 1798-9 and among the regiments deployed there were the Fencibles, local militias from Scotland. The Argyllshire's went to Wicklow, where some stayed on when granted land.

But what if the call to arms might have been earlier? He would have made a brave and resolute officer of the 26th Regiment of Foot, The Cameronians, somehow or other having been able to buy his commission, and saving Canada from the rebels of America. But there was also the trick of buying a commission and going off strength on half pay. The problem there was the price of a commission.

On the other hand Scotland had a high proportion of people able to read reflected in the many good newspapers and journals on offer. What if an editor thought he might be a useful addition to the team as a critic or as a commentator on political matters?

Some Scottish Songs might give an insight to his thinking. There is poetry in the music and for Burns music in the poetry.