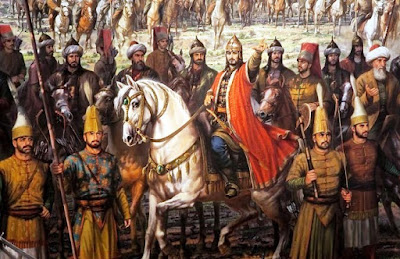 For a few days now I have had an item on file about Angela Merkel, Chancellor of Germany and her various views on Europe, what it is for and whom and all her little whys and wherefore.

Chancellor Merkel is from Mecklenburg Vorpommen, that is the northern part of the former East Germany and the long and complicated history of this patch of ground is too much for a short post. But she will not think of Europe as others might do.

The delay in posting has been because having access to the archives of newspapers of the past there have been other things, notably seeing what the provincial press etc. had to see about major events as opposed to officials, the London press and later historians.

One has been the First Opium War of 1839-1842, see Wikipedia where it was said in the Liverpool Mail of 14 March 1840 that Lord Auckland, Governor General of Bengal, had declared war on China in the name of the British Government. He had already gone to war in Afghanistan if only, quote, "there is much excitement among the natives on account of the conduct of the missionaries".

The Liverpool Mail of 4th November 1854 makes a passing mention that "The private telegraph, however, would seem to reiterate and confirm Russian reports of considerable loss among the English cavalry." It seems that HMG at the time wished to keep quiet about the charge of the Light Brigade.

My thought is that it is wrong to see Merkel as some kind of dictator or media crazed politician other figures come to mind. If anything might she be a monarchist at heart, a sovereign ruler of a great empire who is there to command and protect and all that?

Perhaps she has a hope for past glories. There are two persons featured in this, Wilhelm and Nicholas, take your choice.

But we mustn’t mention The War or what did the Romans ever do for us when bringing in Germans in their Legions and Auxiliaries?