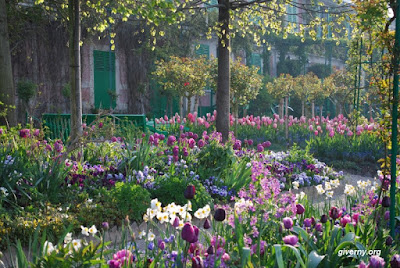 One of the unforeseen consequences of having satellite TV is that viewing has changed radically. Instead of watching typical programmes or comedies or films or the endless repeats from past times there are choices.

Sport offers many. I do not mean the violence and bloodshed of the average World Cup game, which sent even Maradona the former famed Argentina player into a severe collapse. There are others and they do not include the flashy screening of cricket or the bump and grind of rugby.

There is golf, very green, scenic and at a predictable pace, in which you begin to understand the skills involved. The players do have clubs but these are for hitting the golf balls and not each other, although a peeved player might throw one into the water or bunker where he or she did not want to be.

There are water sports, equestrian but not cavalry charges, they are a sort of gentile way of jumping about with the ooh aah factor of will they won't they, the lively netball etc., to keep you watching when you understand the rules.

One sport which can be enjoyable is cycling. Admittedly, there is coverage of persons and large groups chasing each other along roads but the presenters realise that this is not enough and with helicopters and a range of other cameras to hand give us the pictures of the country, terrain and towns etc..

I have learned a lot from watching various races from different countries and mostly those from France. What is striking is how much Europe has changed in many places over the last half century. Looking down on towns I knew from decades ago I see the differences from the present.

Places we stayed will have expanded, taking in the nearby hamlets and farms. The roads are very different in layout and extent. But above all is the expansion upwards, so much of the recent development and therefore population growth is in much higher buildings sometimes of several stories and looking like large lumps of concrete.

Decades ago most gardens would have been tended in such a way as to provide vegetables and fruit and not just flowers. This seems to have gone and many are without flowers as well. In the rural parts the people have left the fields either to work in the many large sheds or factory installations  or into the occasional large machine to be seen either churning up the fields or ripping out the plants.

Clearly, whole ways of life are no more, histories have been lost and possibly the people of the past are replaced by others who may not know how to tend the land in the old ways and may not care to in that it means many hours of tedious work and hard labour.

There may still be crops and livestock being produced but they are not the same as in the past. They have to be suited to the needs of the food processing and manufacturing firms who now give us the bulk of our food choices, evidenced by the bulk of so many of our new adults and children of the younger generations.

These are global developments, not confined to Europe. But the EU agricultural policies and payment systems are designed to reinforce it and as our agriculture becomes locked into this because it cannot afford to or is not able to get out this is our future.