Governing Is A Lost Art 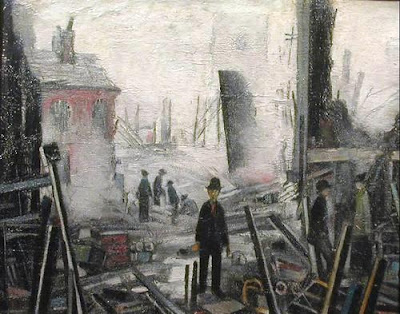 The central idea; that may not be easy to grasp or keep in mind, is that we no longer have a "government" in any sense of the meaning of that word. Governments may be autocratic, authoritarian, consultative, liberal, democratic one way or another but what we have at present is none of these.

It might be attempting to be all of them at the same time, if so that is a major reason for the failure, but while we have offices with hundreds of thousands claiming to be a part of government they are all playing parts in a charade that might once have been drama, may have been comedy, might have descended into farce but now is just a collection of beings doing what the documents in front of them tell them what to do.

It is not just the UK that has this pretence around the world in a lot of places it is much the same, sometimes worse or better, but often worse. There are places, mostly small with coherent societies where there is a vestige of effective and responsive government, but they are few as the flow of the lava of futility overcomes them.

What happens when this occurs in humanity is that the different groups go into long periods of hostility, war, and aggression where local and bigger leaders grab what they can for their own and their followers. This is usually armed and vicious, but might be by other means, notably control of food supplies and/or whatever are the forms of money in use and accepted.

There is the view that the major corporations have taken over from governments and in fact many governments are now basically part of the administrative systems of these entities. We think they are lobbyists or just major financial and other organisations but they are now the bosses who have become almost a world elite.

Elements within them do need to have some conflicts and wars going on, if only to distract people in the political and media parts of the system. Also, they are important to the functioning and economy of some of the major corporations. The difficulty is containing them to where they are supposed to be and in restricting them.

A hundred years ago my grandfather was in the 3rd Infantry Division, The Iron Division, in Belgium, in the campaign we know as Passchendaele. He was involved in the battles of Polygon Wood and The Menin Road, was injured yet again but managed to survive until the end. His answer to this failure of the European governments was to hang the Kaiser.

A century on we will need a lot of rope and many gallows to deal with the chaos of the present.