Another Day Another Statue 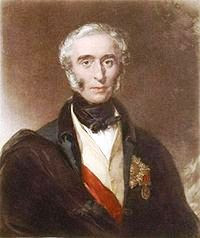 With a debate about knocking down another statue, that of Christopher Columbus, one wonders what next. A reason why he figures so large in the histories of the America's is because he made it back to Europe, more or less in one piece, at a time when the monarchs and money men were taking a world view of their acquisition and merger opportunities.

One place history should tell us to stay away from is Afghanistan and President Trump may well have made the ultimate error in his off the cuff approach to foreign policy and the deployment of troops by going back there. One can only hope that the UK can distance itself from any of this. One of the few men who got out with any credit from a disaster there was Sir William Nott, 1782-1845 above.

He has a page in Wikipedia. There were severe losses in this campaign, notably the massacre of the 44th Regiment of Foot at Gandamak on the hill of bones. There have been many more hills of bones since and more in the future. This regiment is better known for its part in the 1812 Battle of Bladensburg when the British put the Americans to rout and went on to torch Washington D.C..

This page on Sir William Hay Macnaghten briefly tells the broader story of the Afghan debacle but it was a serious setback to British arms at the time and a major disgrace during a period when all could have been lost. It was just over a decade later when almost all nearly did in The Mutiny, as we prefer to call it.

Nott has a large statue at Carmarthen in Wales, this is his birth place, but his father, Charles Nott, an innkeeper, had come down from Herefordshire being one of a number of Nott families around there at the time, one of which is in the ancestry of Benjamin Britten the composer. But there are no tunes of glory in Afghanistan.

Perhaps the best we can do is to ask politely the C Company of the 1st Battalion, The Vikings, Royal Anglian Regiment to pop over to Washington D.C. with a few boxes of matches.

If we can afford it.