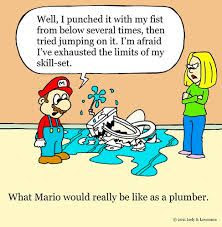 Recently, after links from time to time from one of the family, I have put theengineer.co.uk on the list of sites to look at. It can tell me a lot. The latest makes me want a new Aston Martin, sadly the credit rating doesn't run to it.

This brief article whose text demands above average literacy, deals with the question of which countries are in the fast and slow lanes for future development; the UK seems to be in the slow one. This is bad for the long term future.

It is not surprising, our government has been pumping up the adrenalin for the financial sector as the big boy of the future. The last time the politicians went into a dizzy fit about this was shortly before the crash of 2007/8.

But what if the crash was not simply an old fashioned crash like all those we knew from the past? What if in a changing future it was just one more major readjustment that are now a key feature of global finance and trade and which occur more rapidly and with greater immediate effect?

Systems can be gamed of course as well as hacked or put to other uses. This short one from schneier.com tells us that taxi drivers can do this to impact on pricing in their favour. As well as this the one before on hacking slot machines, and after on vulnerable equities tell us what the techie's can and will do.

It is possible that given the mind set of our leaders of today and the key people they go to for advice and policy guidance, they are more interested in gaming old and declining systems than they are in what is actually happening and how we are likely to finish up.