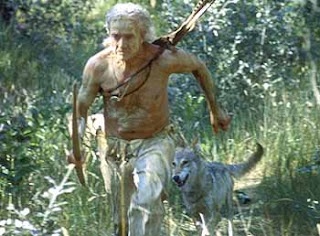 On Friday 6 March in the New Statesman there was an article "Planet Overload" by David Nicholson-Lord addressing the issue of population growth, referred to by some as a taboo subject when discussing the environment and the future. The figures given estimate 6.8 billion of us now, forecast to go to 9.2 billion in 2050. This poses some questions, not least relating to how finite our resources are and how capable we are of responding to the challenges involved.

We do not "know" how many people the planet can sustain or on what basis. We can only estimate. It is argued that after the Toba eruption of about 75,000 years ago we were reduced possibly to only thousands in Africa. Before then we cannot know the numbers subsisting on a hunter gather basis. It may have been over a million or two, but we do not know. All that the archaeologists and paleontologists can suggest is the size of territory certain numbers of our hunter gather forebears needed, and these are thought to be greater than expected, in that humans could use up an area quite quickly, and it was this that caused the movement across landscapes that was integral to their survival.
During the last Ice Age, it is assumed that the numbers were again curtailed, and it is suggested that there was a significant reduction in human populations in the mid 6th Century. Plagues and climate shifts have held back the rate of growth since until the last couple of centuries. From all this it is very likely that the present numbers are not sustainable, and some kind of major setback is due if we now live in a world were the recources have become relatively finite.
The questions are when and why could something go wrong? Climate shift one way or another seems very possible, the fry or freeze question. Geophysical events can happen, and will, sooner or later there will be a "big one". But with these apocalyptic events it is possible that the large scale chemical contamination and associated effects on humanoid reproductive systems could be the triggers of a population collapse, anyone for Atrazine?
Of course, as humanity now depends largely on fiat currency systems and financial services to sustain all the trading, communications, and organisation necessary to survival, should they ever collapse, then we might all just eliminate each other as we seek to establish our family territories.
Posted by Demetrius at 16:10