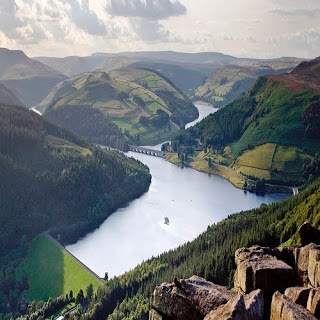 Exactly eight years ago I had a post on water shortages.

This is it below:

A number of times in the past I have mentioned that one of the developing serious issues in the world is that of water supply and distribution.  In the we may think we do not have the problem but it would only take marginal shifts in several related areas of supply and demand to create one.  And it will be one with no easy or cheap answer.

Sub-Saharan African countries top list of those with most vulnerable water supplies as report warns of 'looming crisis' in both Asia and from pollution and depletion of natural water resources.

Depleting water supplies are increasing the risk of both internal and cross-border conflict as competition between industry, agriculture and consumers increases, according to an assessment of world most vulnerable countries.

The ranking was based on an assessment of access to water, water demands and the reliance on external supplies with countries like and more than 90 per cent reliant on external water supplies.

Dam conflict.
, ranked eight by the report, is dependent on water from the Blue Nile, and is in the midst of an ongoing dispute with Ethiopia over the construction of the Gibe III dam in Ethiopia, which it claims will further deplete its water resources. The dam, which would be the largest in Africa, has also faced opposition from NGOs who claim it will devastate fisheries in neighbouring .

A separate report has highlighted the worsening problem of water scarcity in the Himalayan sub-region of , , and . Although none of these countries made Maplecroft's top ten list, the Indian-based Strategic Foresight Group (SFG) say they will have to cope with 275 billion cubic meters less water within 20 years - more than the total amount of water currently available in just one of the countries – Nepal.

It says that while global warming may take two centuries to seriously deplete the Himalayan glaciers, some impacts will be visible sooner. The Yellow River in and the Ganges (with its tributaries) in are expected to become seasonal rivers by the second half of this century.

In addition to natural depletion, the report also pointed out the increasing scarcity of water resources due to pollution. The Yellow River Conservancy Committee estimates 34 per cent of the river is unfit for drinking, aquaculture, and agriculture.

Data for rivers in are not available, but a study published recently in the Lancet medical journal said up to 77 million people in had been exposed to toxic levels of arsenic from naturally contaminated groundwater supplies.

In total, SFG says that more than 30 per cent of the major Himalayan rivers are biologically dead and unfit for people or fish.

In the summer of 1976 a number of areas in the UK experienced shortages that caused substantial disruption.  If an accident can happen, it will.