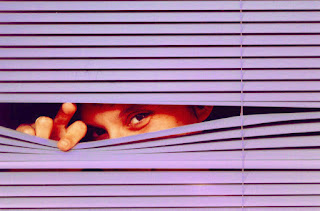 As the government security services struggle to catch up with Google, other web providers, sundry fraudsters, hackers, credit companies, social networking sites and the eighteen year old who has problems with making personal relationships now in charge of the UK nuclear arsenal there has been something of a fuss about “privacy”, whatever that is.

Going back to the past, I do not recall my parents having much in the way of privacy.  It would not take much to work out what the newsagent, milkman, window cleaner, grocer, butcher etc. thought about us.

Add to that the local copper, who if he did not know everybody, knew exactly who to ask.  Then there were the employers, teachers, for the church goers the minister and a few others with incidental information of one sort or another.

As for that lady in number 23, what she did not know about anyone in the street wasn’t worth knowing.  The few who had telephones would have been easy to tap and not many people had much mail and most of that was easily identifiable.

In short, we may have had something of a private life but it was no way similar to that which most people expect today.  Inevitably, some people managed to hide more than others and in some communities keeping track of those on the move was difficult, but not impossible.

We all had to work, to shop and to pay rent or for a minority a mortgage.  Then, anyone with bank accounts and any financial matters to attend to had to tell people who they were and what they were doing.  No faking the figures or fictions then.

In the time before mobiles, computer links and the rest phones were routinely tapped.  One person I knew who lived close to a Minister for Defence and was within the circle of contacts was aware of this, all those clunks on the line and accepted it as part of ordinary life.

It could be quite fun for him.  If the phone was playing up a call to someone who was “sensitive” would have the GPO van round within the hour to sort out the street box for whatever caused the trouble.  His service was superb.

In the era of the Second World War and later The Cold War inevitably the ways and means of keeping a check on people grew and could take in a great many people.  For those of us with military experience many were aware of other issues.

When I think of what the security services were capable of then, almost sixty years ago with the kit they had at the time, that so much more is possible today is no surprise.  But there is more to go at and it all much more complicated.

But if you wind back to the longer past, then you realise that in previous centuries the notion of “privacy” that we entertain would have seemed not simply foreign but neither attainable nor desirable.

One way or another we were all answerable to God and therefore those who represented him on Earth in both Church and State.  Also, you were either a servant or served someone as an employee or you had servants and employees yourself.  Quite often you were both servant and employer.

So between all this, the neighbours very close indeed and the warp and weft of families and extended family there wasn’t privacy to be had.  The first time you had privacy was in the shroud.  At one time it was possible to become a hermit or an anchorite, but even then someone had to supply the food and your privacy was actually a prison.

It may seem odd to suggest freedom might lie not in privacy but in the lack of it and where you have real choice of who to engage with and what to participate in.  It is possible that the more people who know about you then the less that is known.

Our current notions of “privacy” in the developed world arise out of the ideas of individualism, the fragmentation of relationships, family and other and the ability conferred by modern technology and feeding systems for us to detach from others and the need for mutual support.

At one time, if you wanted to know the salary of a public official and the expenses to which they were entitled it was quite easy to find.  Official documents were there to be seen if you wanted to take the trouble.

The idea of senior local government officers (now “managers”) having personal pay, benefits and expenses arrangements on a confidential basis as “privacy” as well as commercial connections also deemed “confidential” was wholly alien.

One problem today is that what might be called very personal lives have been muddled up with a much wider definition of our activities.  The media have not helped by declaring the personal aspects of celebrities to be more important than other features of their lives, like how they avoid or evade tax.

Then to introduce the element of “class”.  But in the world of today it does seem that those who can afford to buy or acquire privacy can stay almost wholly detached from the rest of us.

So you and I and most of us are going to have no privacy at all in reality and in the end are paying for it. On the other hand those who govern us and control our lives can remove their affairs from any public scrutiny.

Think about it, if you can find some privacy to do it.