What Are We Looking At 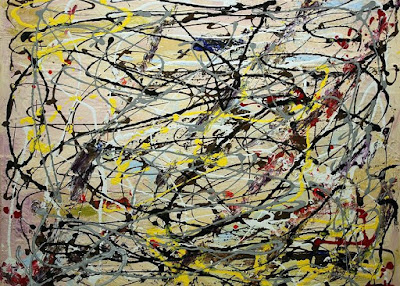 Looking around the media, the web and the rest it is quite clear that whilst there are a lot of able, highly intelligent, well informed and well connected people the pace of events and the complexity means that nobody can claim to have a full understanding of what is happening financially and politically.

By definition the politicians who are supposed to be making key decisions now work on a lot less information, data and analysis and need to be advised by people who do know more and have the ability to understand more fully.

The difficulty then is that if what the people who voted in or critically support those politicians do not like the advice and the implications then almost inevitably there is a desire to delay, attempt compromise where none is to be had or to evade making decisions at all.

Worse, is that if the channels to those politicians are controlled or policed by people with particular interests to serve then the distortions could be serious and damaging in the process of determining policy.  We have been here a few times in history, think of your own examples.

At present around the world it seems that all of them have not simply “lost the picture” they do not know what they are looking at.  They want the picture to be a Renoir when at best it is a Jackson Pollock.  Not only that but it is one which Pollock created intuitively or according to whim.

Even then that picture is replaced by another one apparently quite different perhaps shifting more towards one fractal shape before morphing suddenly into another.  In short not just the politicians, or their advisers, but all the experts and commentators are behind the game.

Those who may be closer to any understanding in the present world crisis seem to be now reaching the point where they feel no understanding is to be had because by the time you have got the message out and circulated it has all moved on and fast.

But the public and people as a whole want simple answers and clear policies and most some sort of security and protection from economic storms and dangers. Inevitably, the come to feel they are being lied to or the victims of conspiracies by “the other”.

This is how in the past dictatorships and authoritarian governments have arisen in states and polities where serious upheavals have occurred.  It seems to be happening around the world one way or another, including the UK and the USA.

As the House of Commons disintegrates politically, who might be the Great Leader to come in the elections expected soon?