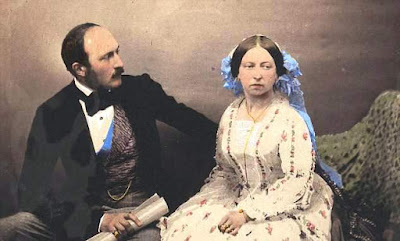 The latest "Private Eye" has arrived and under "Music And Musicians" tells us that the BBC for all its efforts to broaden its coverage have run up against the Bernstein Foundation of the late composer and his birth centenary is this year.

Lenny ticks a lot of boxes these days and the BBC wanted its concert version of "West Side Story" on the TV in August from the BBC Proms at The Royal Albert Hall when they are doing two concert performances.

We have been there for live screened performances and also watched TV of Proms shows like this and they usually do a very good job. But no way say the Foundation, it seems that they have a big iron in the fire of Spielberg doing a repeat film version, probably much heavier on the bonk and bash that we are used to.

Along with this is that the lead for Maria, Sierra Boggess, has pulled out on the grounds that as the character is Latino then it should be sung by someone of Latin origin. Why this had not occurred to her much earlier is an interesting question.

"Eye" points out that if parts might only be sung by people with the right DNA this might be a pity. My example is at The Prom in 2000 when we saw Jessye Norman give a wonderful performance and that Schoenberg and Richard Strauss were the composers of the songs was academic.

Schoenberg was greatly influenced by Richard Wagner, yes him and one philosopher who was attracted by Wagner's then new music was Karl Marx, yes him again and stop sighing. Karl was into the serious stuff and favoured Beethoven, Mozart, Handel and Haydn. Possibly all those Bach's were more than he could bite. Mendelssohn was favoured by Queen Victoria and Prince Albert, who loved a good tune.

In 1881 when Karl was next door to a doorkeeper at the House of Lords along The Strand W.S. Gilbert was penning the libretto for "Iolanthe" which has as one of its major scenes "The Entry of the Lords" singing "Bow bow ye lower middle classes". Who needs philosophers and revolution when you have Gilbert and Sullivan to mock the upper classes?

But back to the 1840's was the Duke of Wellington present as well he might have been when Victoria and Albert were having a musical evening? What might have made his feet tap? He would certainly have liked something Germanic, in that it was Marshal Blucher and his Prussians and Germans who had arrived in the nick of time at Waterloo in 1815 to see off Napoleon.

One of them was Julius Delius, grandfather of Frederick Delius the boy from Bradford who moved to France. Sir Thomas Beecham was a conductor who promoted his work. I saw Beecham a time or two in the '50's at the then new Royal Festival Hall doing his Bach, Schubert and Haydn etc..

It's a small world.