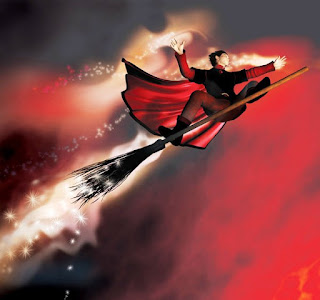 What was I doing in 1972 apart from wondering if it was possible to book a weekend on The Moon sometime? Essentially work, family and a very limited range of other things although a holiday by Biarritz was managed. Many people thought that this was an extreme of travel but with men on the moon it did not seem so much.

Now President Trump has signed a document telling the US agencies involved that it is time to go back there with humans and then on to the planet Mars. These trips are unlikely to tell us much more than we already know, in recent years AI plus advanced technology have done wonders.

His action may related to the big cigar shaped thing up there very far away which is causing speculation as to what it is, why and where is it heading for. Will it be crewed by aliens looking for the space equivalent of motorway services? Or will it be run by robots who will emerge crying "exterminate"?

The bean counters and cost mongers of Earth will try to point out that all the expense and trouble of launching man into space are likely to be in vain and can have no economic benefit at all. Nor is there any hope of packing off all our surplus humans off to do something useful.

Transportation may have worked up to a point in the past on Earth for the various empires that existed but to do so into outer space is one of those nice ideas which are just not going to work. In any case the omens are not good.

Germany for long has had the reputation of being a supreme example of how to do railway systems. The Bundesbahn was the envy of the world. But the new Berlin to Munich railway is having real problems. The Stuttgart station project has gone from seven to eight billion euros and will go a lot further.

Us humans seem to have lost the plot. Going out there means not only will we lose the money but what is meant to be a national triumph will all too likely be a major disaster.